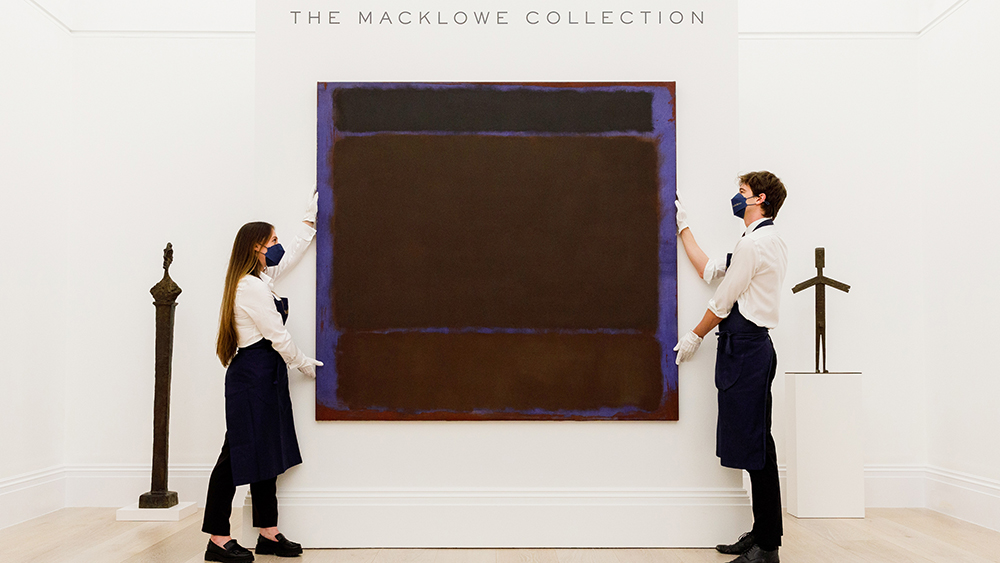 The auction market’s primary suppliers are said to be the “three Ds”—death, divorce and debt—all of which can prompt the selling of artworks. The acrimonious divorce of New York City octogenarian real-estate barons Harry and Linda Macklowe produced a spin on the tradition: a court-ordered auction of their mind-boggling art collection, amassed over five decades.

The first 35-piece installment of the modern and contemporary trove already set a record for the biggest one-day sale from a single-owner collection, fetching $676 million at Sotheby’s New York in November. Next month comes Part II, offering 30 works in the same venue. Expectations, understandably, are high. “The collection is best in class, and the Macklowe name itself is an imprimatur at this point,” says New York art adviser Liz Klein.

The top two estimates for the May 16 sale are for Mark Rothko’s 1960 Untitled ($35 million to $50 million)—it’s worth noting that the artist provided the top lot in Part I, with No. 7 going for $82.5 million—and Gerhard Richter’s 1975 Seestück (Seascape), at $25 million to $35 million. Andy Warhol’s camouflage-faced Self-Portrait from 1986 has an estimate of $15 million to $20 million, and there are also choice pieces by Picasso, Giacometti and Jeff Koons.

“We didn’t want to put too much in the market at one time,” says Grégoire Billault, Sotheby’s chairman of contemporary art, on why the sale was split up, particularly given that there are multiple pieces by the same artist. And he notes that, in this age of Pop-y, figurative works by the likes of KAWS, the contemplative nature of many of the lots—including Richter’s ethereal, misty Seestück (Seascape)—are a point of difference. “It’s about gravitas, depth and things that need time to be understood.”

Lisa Schiff, another New York art adviser, says that she admires how the Macklowes dedicated themselves to “artists who earn their value over time,” adding that she is taken with the old-school vibe: “It’s refreshing to see a sale that isn’t full of NFTs and 100 artists who haven’t graduated art school yet.”