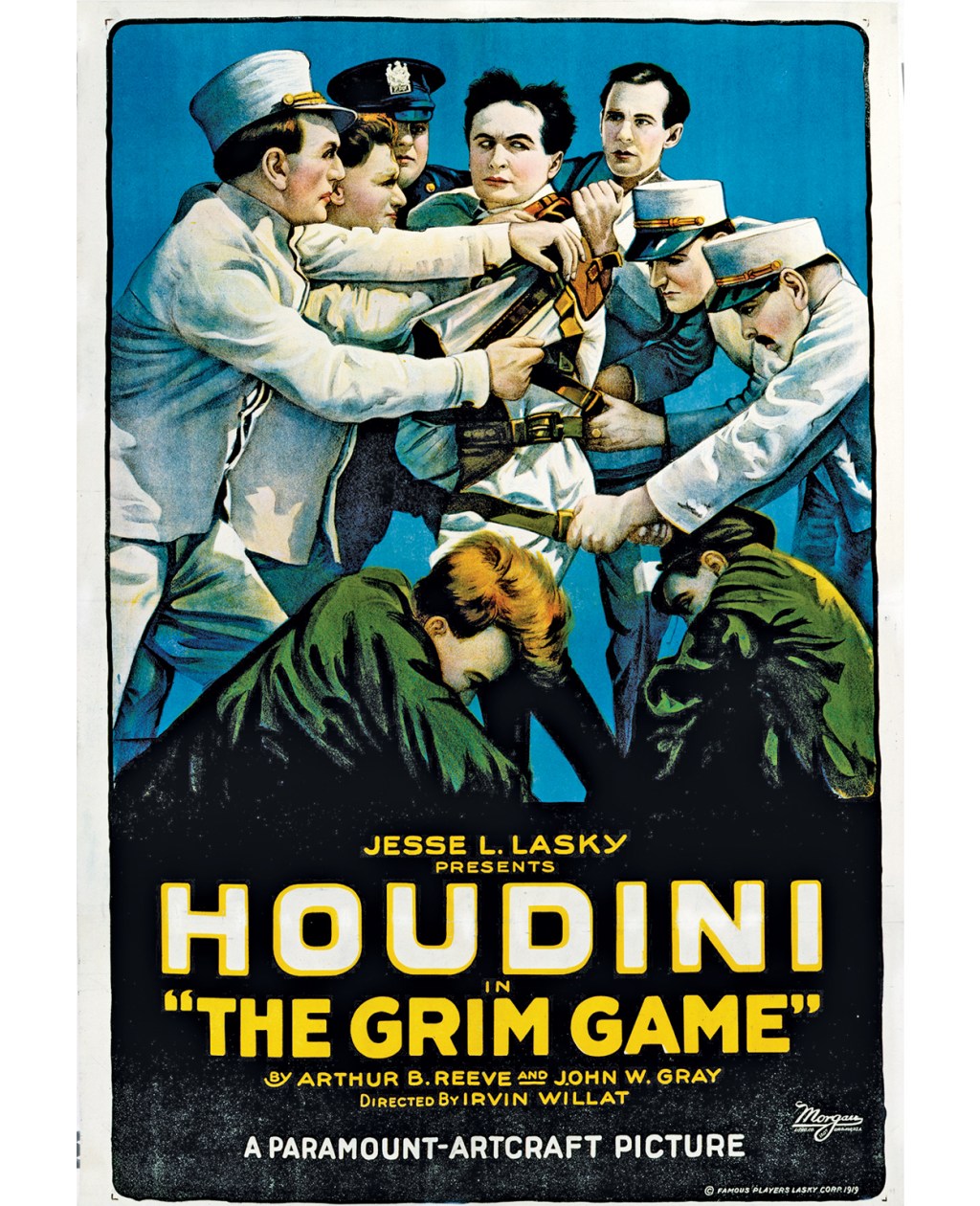 Houdini handcuffs, Shackles, and movie posters have not escaped the attention of collectors.

Like playing cards in a magic act, collectible items associated with Harry Houdini vanish and then reappear—eventually. Last year, a Southern California antiques dealer discovered a scrapbook that Houdini compiled in 1925 and early 1926. Containing handwritten annotations by Houdini and newspaper clippings on his campaign against spirit mediums—people who claimed that they could speak to the dead—the scrapbook had not been seen in more than 80 years. It was expected to sell for as much as $20,000 at an auction of Houdini memorabilia conducted in late August (after Robb Report went to press) by Potter & Potter, a Chicago auction house that specializes in magic memorabilia.

“I’m surprised at how much stuff continues to show up,” says John Cox, a Houdini historian who helped confirm the authenticity of the scrapbook. “It seems to be never-ending.”

Houdini, who was born Erik Weisz, began his career by performing card tricks in the early 1890s, at one time billing himself as “the King of Cards.” But he found little success until the turn of the century, when his performances featured escape acts involving handcuffs, shackles, and straitjackets.

“He’s famous not because he was a magician. He’s famous because he was an escape artist,” says the illusionist David Copperfield, whose vast collection of magic memorabilia includes the restored mahogany-steel-and-glass tank that Houdini used for his most famous escape act, the Water Torture Cell. “The guy who makes a girl disappear and reappear, there’s nothing aspirational about that,” he says. “But to escape from jails and shackles and bonds—to be challenged and meet the challenge—that is something that people can relate to.”

That appeal endures and is one factor contributing to the value of Houdini memorabilia. The way in which he died is another. This Halloween will be the 88th anniversary of Houdini’s death. At age 52, he succumbed to peritonitis after suffering a ruptured appendix, possibly caused by a punch to the stomach from a fan eager to test the performer’s strength.

“Houdini died at the peak of his powers, like Elvis and Marilyn Monroe. And I think through time his fan base has been renewed,” says Ted Bogusta, president of Martinka & Co., a magic supply company in New Jersey that was founded in 1877 and briefly owned by Houdini. “There are always people interested in his story.”

This fascination helps drive the Houdini collectibles market, which includes the promotional posters for his stage shows and the silent films in which he starred. Last December, the auction company emovie​poster.com sold an original one-sheet from Houdini’s 1919 silent film The Grim Game for more than $67,000. The buyer was Copperfield. “The Grim Game poster was a piece of the puzzle I don’t have, so I spent the extra money on getting it,” he says. “If it’s part of a story that needs to be told, and needs to be preserved, then I might fight for it a little bit harder.”