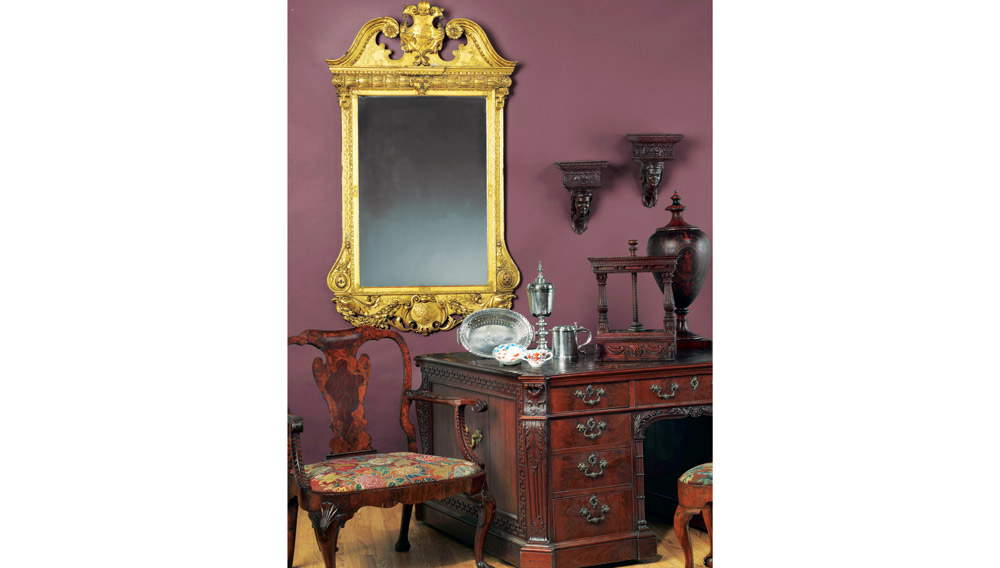 The Metropolitan Museum of Art takes a rare trip to the auction block.

The Metropolitan Museum of Art has long transported visitors through time and space, sending them to ancient Egypt, medieval Europe, and the Roman Empire in a single day. This month, the New York institution will offer the rare opportunity to own a piece of the history displayed in its famed galleries with an unprecedented auction of English furniture, porcelain, and silver.

Featuring more than 200 lots, the sale—Property of the Metropolitan Museum of Art: American Collecting in the English Tradition—will take place October 27 at Christie’s New York. Many of the pieces, which come from the Met’s expansive collection of European sculpture and decorative arts, have remained secreted away in storage for several decades, never before seen by the general public.

“This is like opening a closed box for the first time in a century,” says Melissa Gagen, a specialist of decorative arts at Christie’s. “A lot of these pieces have stayed untouched in the Met’s warehouse for as many as 100 years. They’ve never been on the market before, and they’ve never been devalued by renovation or restoration. It’s a rare opportunity and a real event.”

Ranging from the 16th to the 19th centuries and encompassing a broad spectrum of styles, the items for auction possess an astounding collective provenance. Highlights include an 18th-century mahogany desk (pictured, estimated at $40,000 to $60,000) reputed to have belonged to the Duke of Wellington, and a gilt mirror bearing the crest of Lyons (pictured, estimated at $30,000 to $50,000) that is believed to have belonged to an ancestor of Queen Elizabeth. The assortment also features pieces donated to the Met by some of the greatest collectors of the 20th century, including Percival D. Griffiths, whose collection, according to Gagen, continues to serve as a benchmark for aficionados of British craftsmanship today.

Christie’s expects to bring in more than $1.5 million with the sale, and a second auction is slated for December. (Proceeds will fund a forthcoming renovation of the museum’s Annie Laurie Aitken and Heathcote Galleries, as well as new acquisitions of fine British decorative arts.) Given the story behind the collection, Gagen anticipates a diverse assemblage of bidders, from known collectors to first-time buyers. “A lot of people will be enchanted by the history of these pieces—not only their past with the museum, but also where they came from before that,” she says. “And it’s a truly rare opportunity to be able to bring pieces like these into your home, and live with them and appreciate them as they were originally intended.”