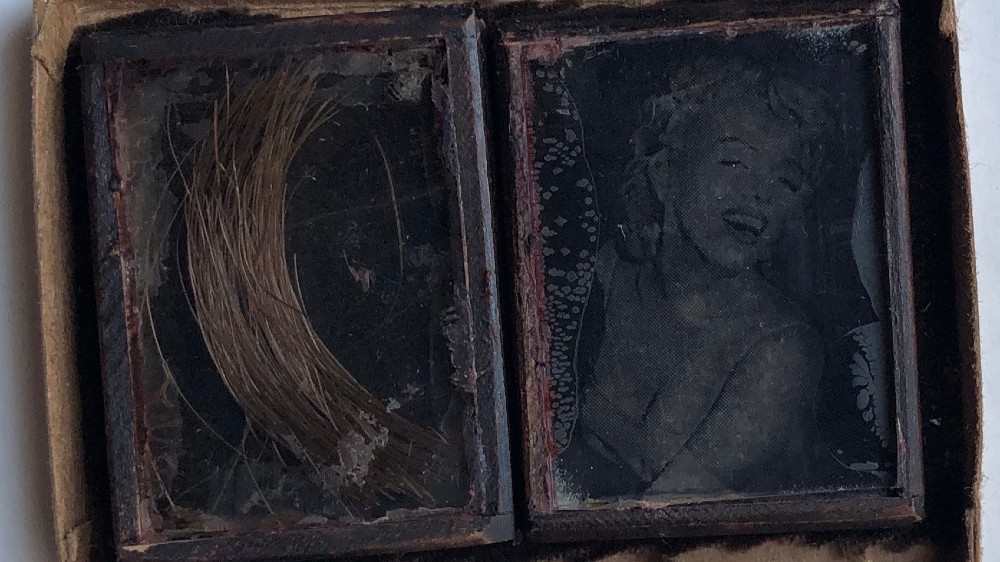 More than 50 years after her death, Marilyn Monroe continues to fascinate the public. The most recent example of her timeless, transfixing spell comes in the form of one of the legendary bombshell’s most admired assets: her gorgeous blonde hair.

Moments in Time, a purveyor specializing in collectibles, is now offering up a lock of Monroe’s famous mane, giving the public a chance to own a piece of Old Hollywood history nonpareil. The cost for such an iconic piece of cinematic gold? A cool $16,500.

Housed in a display box, the hair clipping comes from the actress’s hairdresser Kenneth Battelle and is dated June 14, 1959. The paper box features two glass framed pieces: one which contains a lock of around 35 strands of hair (making each follicle worth somewhere around $471) and, next to it, there’s an image of the iconic actress in the middle of her signature laugh.

Moments in Time mostly deals in autographs or other written memorabilia, however they do have sell some quirkier fare as well. Some current listings include a letter that President Obama sent to his former grade school teacher ($12,500), a promotional card featuring The Beatles from 1962 that has signatures from the entire band ($12,500), and even the dented medallion that rapper Tupac Shakur was wearing when he was shot in 1994 ($125,000).

Still, Marilyn Monroe’s legacy has cast a longer shadow than most, and a get like this will certainly go quickly. If you’re a Monroe aficionado, we’d suggest ponying up the dough as quickly as possible. As they say: Hair today, gone tomorrow.