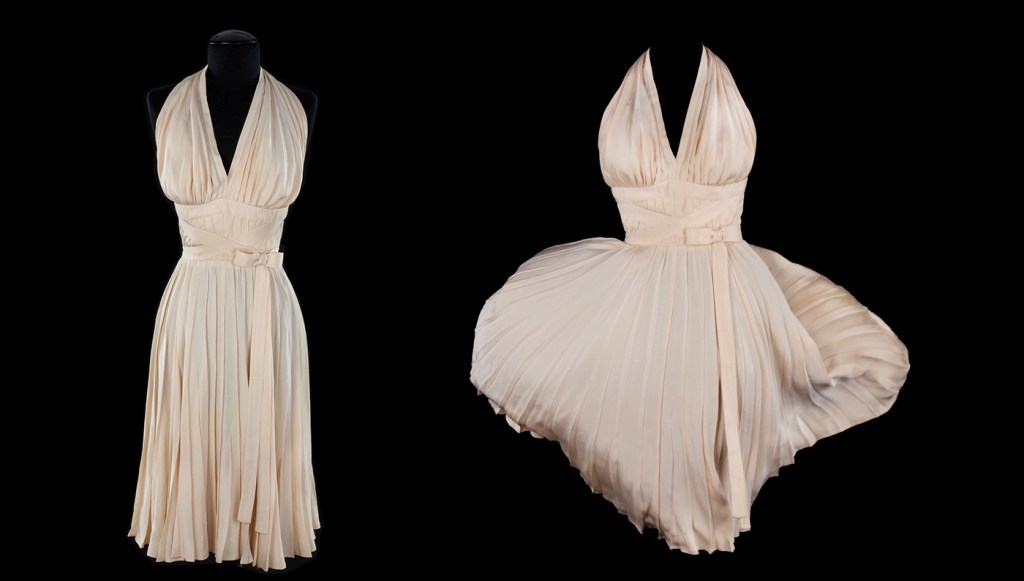 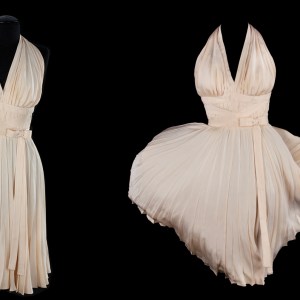 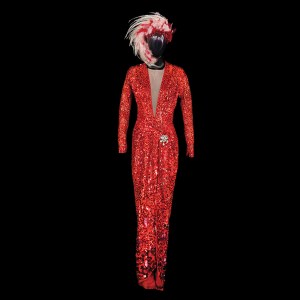 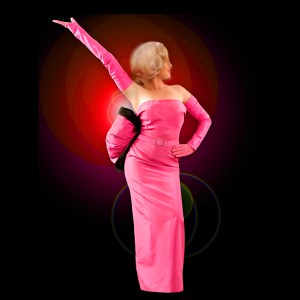 Marilyn Monroe famously sang “Diamonds are a Girl’s Best Friend,” but collectors of her memorabilia disagree. Seven of the 10 most-expensive Marilyn Monroe items sold at auction are dresses—mainly costumes that the late star wore in her films. The few that she donned outside of the studio earn their high sums thanks to period photographs that prove Monroe wore them. Though diamonds do appear in fourth place on the list in the form of a platinum-and-diamond wedding ring that baseball legend Joe DiMaggio placed on Monroe’s finger in 1954, bidders clearly believe that her clothes made the woman into a pop culture goddess.

The billowy white dress from the subway grate scene in The Seven Year Itch (1955) tops the most-expensive list. Profiles in History sold it in June of 2011 for $5.5 million, an auction record not just for Monroe memorabilia, but for any movie costume. “When you think of Marilyn, you think of that scene,” says Joseph Maddalena, founder of the California auction house. “It’s one of the most significant images of Hollywood, up there with Judy Garland’s ruby slippers. It’s what she’s known for.”

The red showgirl costume Monroe wore on the movie poster for Gentlemen Prefer Blondes (1953) comes second, having commanded $1.4 million at the same June 2011 auction. Both dresses had belonged to actress Debbie Reynolds, who is both Hollywood royalty and a Hollywood scholar. Profiles in History dispersed the Reynolds collection in multiple auctions. Maddalena says it wasn’t just the Monroe name that prompted bidders to empty their wallets. The rock-solid provenance of the items and a groundswell of affection for Reynolds played their parts. “It was a perfect storm,” he recalls of the series of sales. “It was a celebration of Reynolds’s life. Fifteen thousand people came to preview it, waiting two hours to get in. There were lines around the building.”

Third on the Monroe list is a dress that could potentially move up in the ranks. On November 17, Julien’s Auctions of Los Angeles will offer the nude-colored beaded dress that she donned in 1962 to sing “Happy Birthday” to President John F. Kennedy. Last sold at Christie’s New York in 1999 for $1.2 million, auction house founder Darren Julien believes it could perform well enough to win first place. “The JFK dress—it does not get more important than that,” Julien says. “It’s political. It’s historical. It’s fashion. It’s Hollywood.”

Ranking fifth after the wedding ring is a white piano that Monroe cherished and singer Mariah Carey won at the 1999 Christie’s auction. The rest of the list is claimed by costumes from River of No Return (1954), There’s No Business Like Show Business (1954), Gentlemen Prefer Blondes, Something’s Got to Give (which was in production when Monroe died in 1962), and a black cocktail dress she wore to a 1958 party in Beverly Hills. None of the lots earned less than $358,000.

The biggest surprise is what does not make the cut: The pink satin dress Monroe wore for her much-imitated “Diamonds” number in Gentlemen Prefer Blondes sold at Profiles in History in June 2010 for $356,500, a sum only good enough for 12th place. Maddalena speculates that if it was consigned to him today, it might sell for half a million.