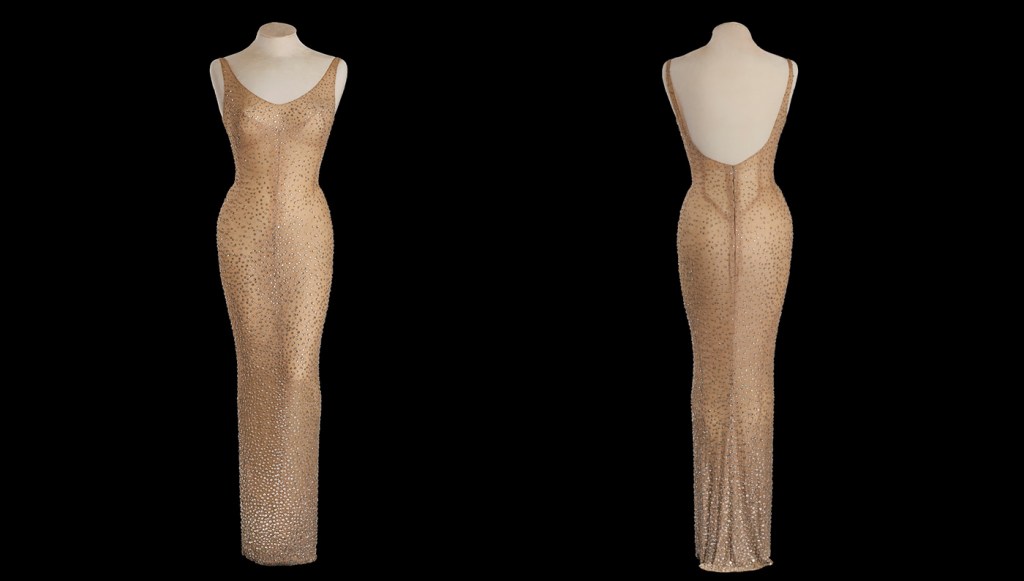 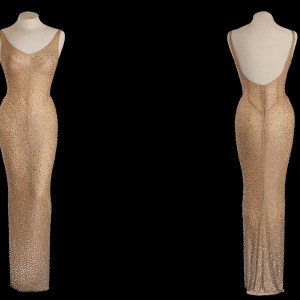 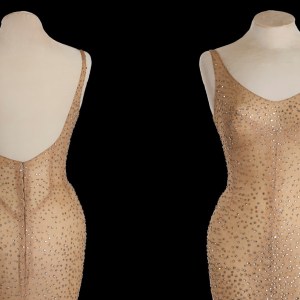 On a spring day in 1962, more than 15,000 guests gathered in Madison Square Garden to celebrate President John F. Kennedy’s 45th birthday. Though numerous stars such as Ella Fitzgerald and Bobby Darin performed, Hollywood starlet Marilyn Monroe stole the show with her sultry, breathy rendition of “Happy Birthday, Mr. President.” (The sensuous song led JFK to joke, “I can now retire from politics after having had ‘Happy Birthday’ sung to me in such a sweet, wholesome way.”)

While the performance itself has earned a place in the annals of history, the dress worn by Marilyn Monroe was just as memorable. The flesh-colored, backless evening gown (which Monroe called “skin and beads”) featured thousands of rhinestones that glittered like stars underneath the spotlight. Legend has it the nude dress was so form-fitting Monroe had to be sewn into it prior to the song. The performance was one of Monroe’s very last public appearances before her unexpected death less than three months later, and it is believed to be the last time she and JFK ever saw each other.

The dress—which last sold in 1999 for more than $1 million—will be auctioned by Julien’s Auctions in Los Angeles on November 17. Prior to the sale, the dress will embark on an exclusive world tour with stops in the United States and Ireland. (juliensauctions.com)