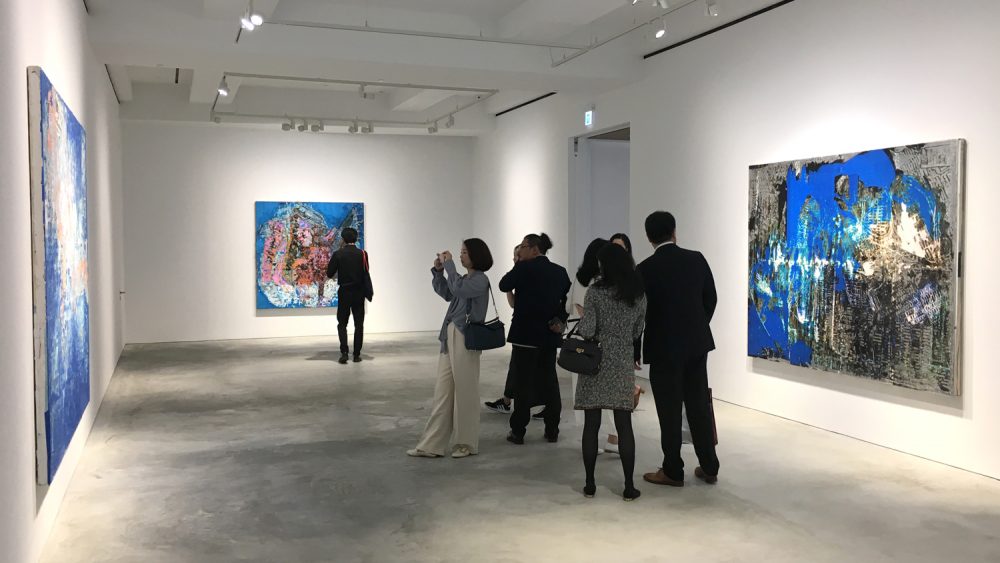 Since his dazzling international debut at the 2017 Venice Biennale, Los Angeles artist Mark Bradford has continued to make waves, most recently during Art Basel in Hong Kong. An exhibition of a dozen Bradford works sold out just moments after its opening as the inaugural show at Hauser & Wirth, which has galleries in New York, London, and Zurich. Known for large, abstract, mixed-media paintings that often incorporate ephemera and discarded elements of urban life, the African-American artist received critical acclaim for his presentation, Tomorrow Is Another Day, in Venice, which will open at The Baltimore Museum of Art in September.

Robb Report had a chance to chat with Iwan Wirth of Hauser & Wirth about the artist, whose exhibition runs through May 12, and his gallery’s recent move into the Asian art hub.

What is it about Mark Bradford’s work that enchants you?

Bradford’s work skillfully combines an intellectual approach with exceptional craftsmanship. By a kind of alchemy, he brings great clarity to difficult issues and in doing so he creates a universal and quite beautiful visual language. The new works we are presenting in Hong Kong are a continuation of the themes Bradford has explored throughout his entire career, most prominently the concerns of marginalized people in an uncertain world and the distribution and representation of power within societal structures. As one can see in the works we have on view, he has continued to explore the motif of the “map” as a point of departure for mining this topic.

Was the gallery expecting a sold-out show?

Following our success at Art Basel in Miami, we expected an extreme level of interest in Bradford’s work and were particularly happy to see the exceptionally high caliber of the Asian collectors hoping to make an acquisition. The exhibition was an immediate sell-out and almost all work went to the best public and private collections in Asia, except for one, which was placed with an important European foundation.

What prompted your move into Hong Kong?

For more than a decade we have been developing relationships with collectors in Asia, and have been participating in the region’s major art fairs since their inception. It was never a matter of “if” we would open a space in Asia, only “when.” The circumstances for establishing a gallery in Hong Kong suddenly were right. We discovered the perfect location in H Queen’s, and built a strong team around us, which made the decision an easy one.