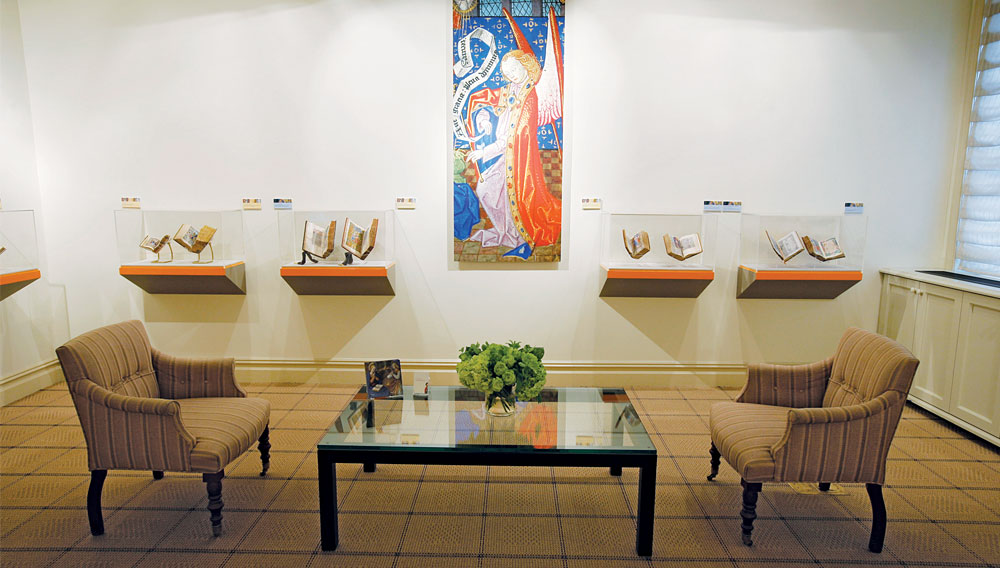 Twenty-two years ago, Sandra Hindman, the president and CEO of Les Enluminures (www.lesenluminures.com), opened the company’s Parisian gallery dedicated to medieval manuscripts, rings, and other works of art. She established an American presence only a few years later when she opened a business operations center in Chicago, but for more than two decades, a Les Enluminures gallery remained only in Europe. Until now.

Hindman recently opened the company’s first American-based gallery on the top floor of a seven-story brownstone located only a stone’s throw from Madison Avenue on East 73rd Street in Manhattan. Already splitting her time between Paris and Chicago, Hindman had no intention of opening a second gallery, and in fact, she refused to consider it for many years. However, when the perfect space recently opened up in New York, the location convinced her to expand. “Because there are other important dealers in the building, the building itself is a destination for collectors in a variety of fields. It’s a great place to be,” she says of the space.

“New York is a fabulous market with world-class museums and private clients,” Hindman continues. “New Yorkers know about art, they are cultivated, and they are genuinely interested.”

The 1,000-square-foot gallery will be open by appointment only and will hold regular hours when Hindman stages four major exhibitions there each year—each one lasting about a month. While some collectors may be familiar with Les Enluminures pieces thanks to the company’s regular appearances at international art fairs, Hindman guarantees that her New York gallery will be different. “We mount museum-quality, beautifully installed and displayed exhibitions accompanied by catalog publications,” she says. “This is different from the way art is displayed in an antiques show. It enables us to delve into a subject with greater depth, as a museum would do. But, of course, our art is for sale.”