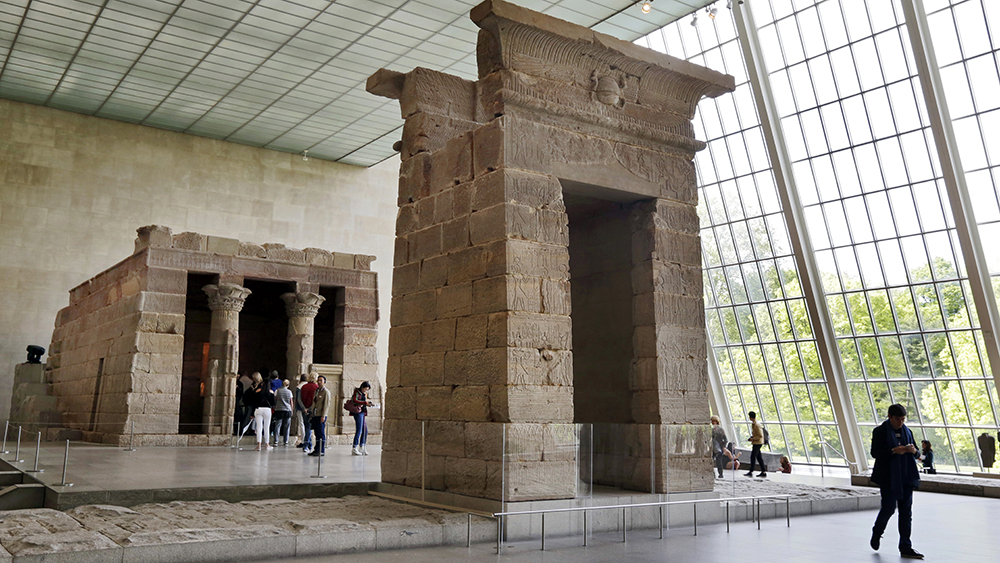 Two years after the Metropolitan Museum of Art in New York said it would stop taking donations from the Sacklers, the institution announced plans to remove the family’s name from galleries within its walls. Among those galleries is the massive, airy space containing the Temple of Dendur, which has long bore the Sackler name.

On Thursday, the Met said the decision was a mutual agreement made with the descendants of Mortimer and Raymond Sackler, who died in 2010 and 2017, respectively.

In a statement, the family said, “Our families have always strongly supported The Met, and we believe this to be in the best interest of the Museum and the important mission that it serves. The earliest of these gifts were made almost 50 years ago, and now we are passing the torch to others who might wish to step forward to support the Museum.”

With its company Purdue Pharma, members of the Sackler family produced and pushed the painkiller OxyContin despite knowledge that it contained addictive properties, a pattern detailed in an array of reports, including Patrick Radden Keefe’s acclaimed 2021 book Empire of Pain: The Secret History of the Sackler Dynasty. Earlier this year, Purdue Pharma was formally dissolved, and the Sackler family agreed to pay billions of dollars to settle legal claims related to the opioid crisis. (As part of the settlement, the family denied any wrongdoing.)

The Sackler family’s patronage extended far beyond the Met and has also included institutions such as the Tate museum network, the Serpentine Galleries, the Louvre, the Guggenheim Museum, and others. Amid protests led by artist Nan Goldin’s P.A.I.N. group, which raised awareness within the art world for the Sacklers’ role in the opioid crisis in the U.S., many museums said they would no longer accept gifts from the family’s members in the future.

“We did it!” Goldin wrote on Twitter, adding, “We wait for the other museums who carry their name to follow.”

The Met’s decision to remove the Sackler name after it had been established by gifts from the past is notable since most museums have stopped short of such a move, owing to prospects such as contractual obligations and uncertainty over how future donors might react. But there have been exceptions. In 2019, the Louvre covered over the family name in its Sackler Wing of Oriental Antiquities, though a museum spokesperson at the time declined to confirm that it counted as an official removal. Earlier this year, the Serpentine Galleries took the Sackler name off one of its venues; the museum claimed it was done as part of a rebrand, not as a removal.

Some have sought legal action that would help institutions free themselves of contracts requiring them to keep the Sackler name on their walls. In March, attorney generals from 23 states lobbied for amendments that could extricate museums from certain contractual duties.

Daniel H. Weiss, president and CEO of the Met, seemed to welcome the removal of the Sackler name when he called it a “gracious gesture” from the family. “We greatly appreciate it,” he added.