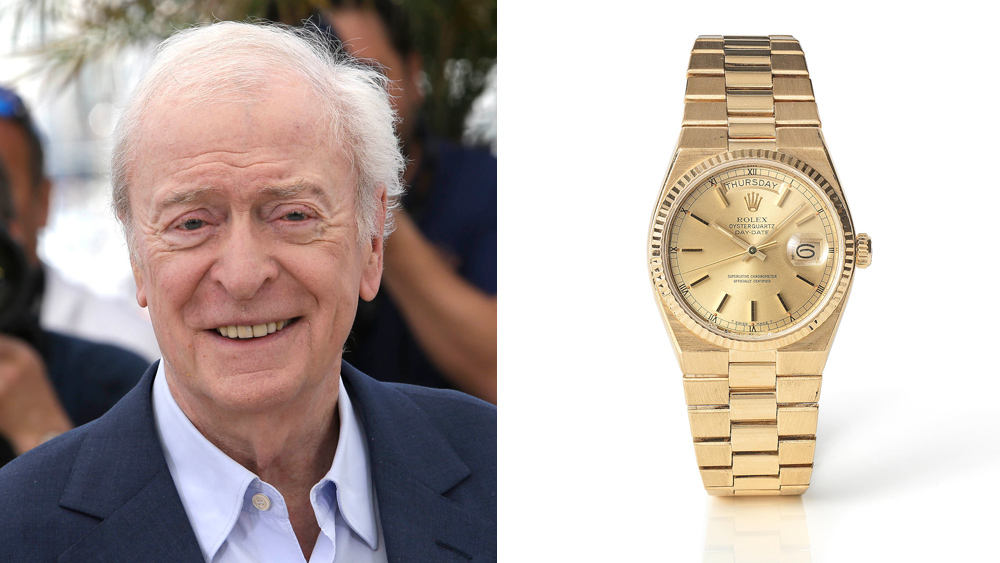 Sir Michael Caine is looking to clear house before a big move.

You might hold a garage sale if you found yourself in his position, but the 88-year-old movie star is instead teaming up with Bonhams to auction off mementos from his decades-long film career this March. Although not all of the lots have been unveiled, some of the items scheduled to go up for bid include pieces from his art collection, two pairs of the actor’s glasses and a gold Rolex.

It’s hard to think of many actors who have had as long and as varied of a career as Caine. Since 1953, he’s accomplished everything a movie star could hope to on both sides of the Atlantic. And while there have been valleys—the laughable Jaws: The Revenge, for example—there have been peaks that few could hope to reach, including two Oscars (for Best Supporting Actor in Hannah and Her Sisters and The Cider House Rules) along with an integral role in one of the most successful film franchises of all time, Christopher Nolan’s Dark Knight Trilogy.

Caine is only parting with the items because, according to CNN, he and his wife are downsizing from their mansion in Surrey, in southeast England. The full roster of lots won’t be available until closer to the auction, but the items we already know about are plenty enticing. For film buffs, there are original posters from Zulu, Alfie and Get Carter (which are expected to sell for between $680 and $2,700 each); for art lovers, there are pieces from the actor’s collection like Les Amoureux dans l’arbre by Marc Chagall ($50,000 to $68,000); and for Caine super fans, two pairs of his trademark glasses ($1,000 to $1,635 for both).

Of particular interest to Robb Report readers is a 18-karat yellow gold Rolex Oysterquartz Day Date. The dazzling timepiece, ref. 19018, is made of 18k yellow gold and might be the same one he wore in Dirty Rotten Scoundrels, although the auction house is still waiting for confirmation of that from the actor, according to Hypebeast. It’s expected to fetch somewhere in the neighborhood of $10,800 and $16,300.

“Sir Michael Caine has an appeal that defies any age demographic or nationality, his films are part of 20th-century history and whoever the successful bidders are, they will own a piece of that history, an item with unrivaled provenance,” Charlie Thomas, Bonhams’s director of house sales and iconic collections, told CNN.

Sir Michael Caine: the Private Collection will be held on Wednesday, March 2, in London. If you can’t make it to Bonhams, don’t worry, as you’ll be able to bid on items online.

It’s hard to think of a better opportunity for Caine fans and movie lovers alike to stock up on some rare memorabilia.