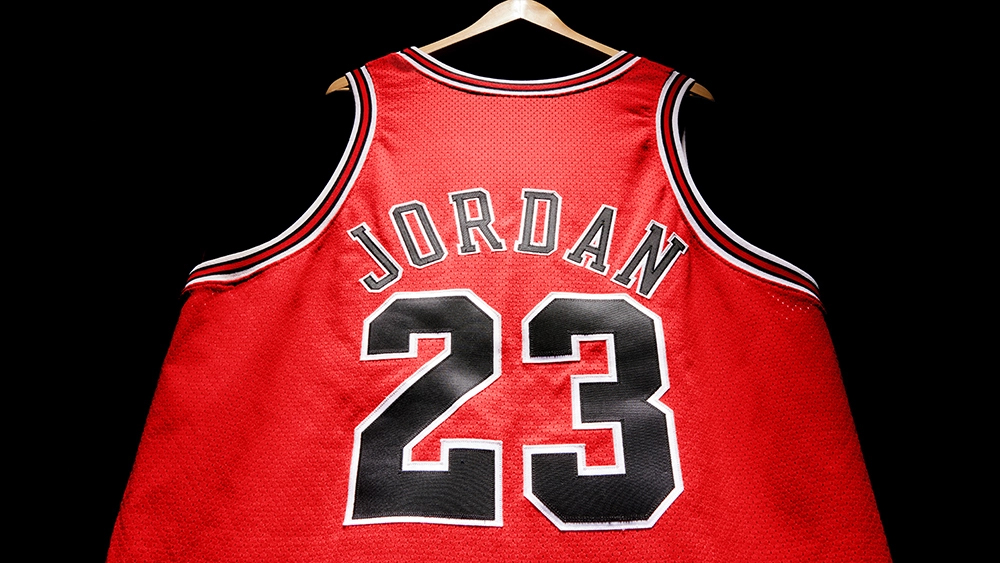 The GOAT’s “Last Dance” jersey from the opening game of the 1998 NBA Finals hammered down for a hefty $10.1 million at the single-lot Invictus sale at Sotheby’s on Thursday. It is now the most expensive piece of game-worn sports memorabilia in history, eclipsing Diego Maradona’s “Hand of God” jersey that sold for $9.3 million earlier this year.

One of just two of Jordan’s Finals jerseys to ever appear at auction, the rarity fetched a total of 20 bids and shattered its original high estimate of $5 million. It set a new record for a basketball jersey at auction, comfortably surpassing Kobe Bryant‘s autographed Lakers jersey that realized $3.7 million back in May. It’s also now the priciest piece of Jordan sports memorabilia, ahead of the player’s autographed relic card from 1997 to 1998 that sold for $2.7 million.

“In the weeks since we announced the auction, there’s been palpable excitement from not only sports fans, but collectors alike who are eager to own a rarified piece of history,” Brahm Wachter, Sotheby’s head of streetwear and modern collectibles, said in a statement. “Yet again, today’s record-breaking result, with an astounding 20 bids, solidifies Michael Jordan as the undisputed GOAT, proving his name and incomparable legacy is just as relevant as it was nearly 25 years ago.”

The Chicago Bulls jersey was donned by Jordan during what is considered the most celebrated period of his storied career. The famed 1997-1998 season, which is often referred to as “The Last Dance” after the hit 2020 ESPN/Netflix documentary of the same name, saw Jordan reach the height of his abilities in what he understood to be his last chance at an NBA championship with the Bulls. Jordan scored a total of 33 points in this iconic red “away” shirt in the first game of the ‘98 NBA Finals. He would go on to win his sixth NBA championship with the Bulls and land his sixth NBA Finals MVP award. The season helped the superstar cement his legacy as the greatest basketball player of all time.