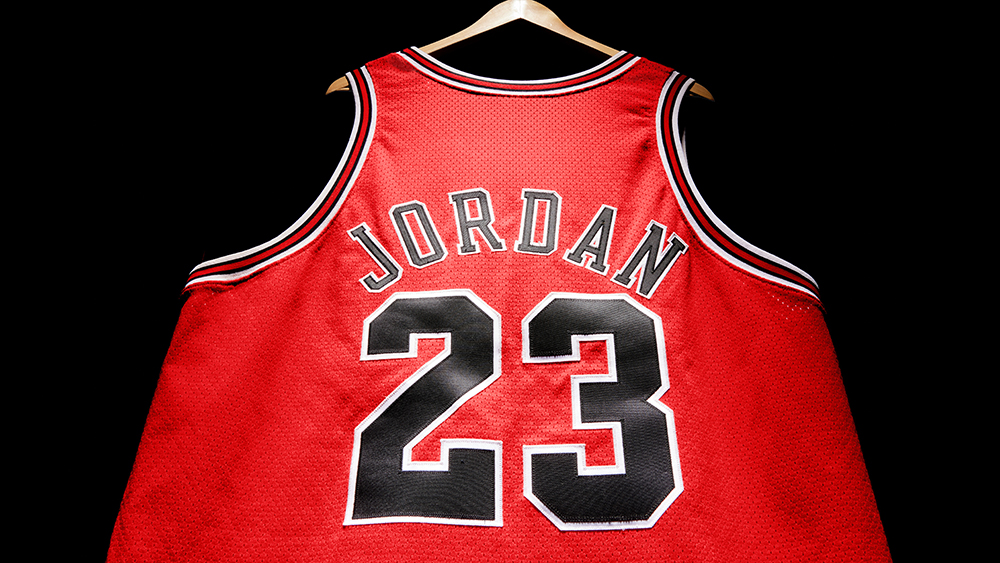 Last month, six of NBA legend Michael Jordan’s game-worn championship sneakers went on view for the first time ever. Now one of the GOAT’s rarest jerseys is headed to auction.

Known as the “Last Dance” jersey, the collectible will be offered in an online single-lot Sotheby’s sale this September. The auction, titled “Invictus,” will feature the Chicago Bulls jersey worn by Jordan in Game 1 of the 1998 NBA finals. Its name is derived from the 2020 ESPN/Netflix documentary that chronicles the Bulls’ trials and tribulation during the ’97-’98 season, which brought the franchise its sixth NBA championship in eight years.

“The 1997-1998 season is perhaps one of the most popular among Jordan fans, as Michael was reaching the height of his abilities while simultaneously pursuing what he understood would be his last chance at an NBA Championship with the Chicago Bulls,” Brahm Wachter, Sotheby’s head of streetwear and modern collectibles, said in a statement. “Finals jerseys from Jordan are remarkably scant, and the 1997-1998 Finals are arguably the most coveted of them all.”

Front and back sides of the jersey headed to auction  Sotheby's

Sotheby’s estimates that the Last Dance jersey will fetch between $3 million and $5 million. It now holds the highest auction estimate as one of two Michael Jordan Finals jerseys to ever cross the block. Most of the others remain in private hands, except for one NBA Finals home jersey that Jordan donated to the Smithsonian’s National Museum of African American History. That jersey has been on display at the institution since 2016.

In addition to appearing in the final episode of the documentary, the Last Dance jersey was also featured in the June 1998 issue of Sports Illustrated, following the NBA Finals. The magazine’s cover shows Jordan in the uniform—mouth agape and ball in hand—next to the headline “MJ Rises Again.” A graded copy of the issue comes with the jersey.

Given that the Last Dance jersey has not appeared on public view in over 20 years, the Sotheby’s is offering two chances to view it on display before it is sold. The first exhibition will be held in Monterey, Calif., from August 17 to 20 and will coincide with RM Sotheby’s flagship Monterey auction. From there, the jersey will return to Sotheby’s New York to kick off the auction and go on view from September 6 to 12. Online bidding will take place for two days longer, from September 6 to 14.