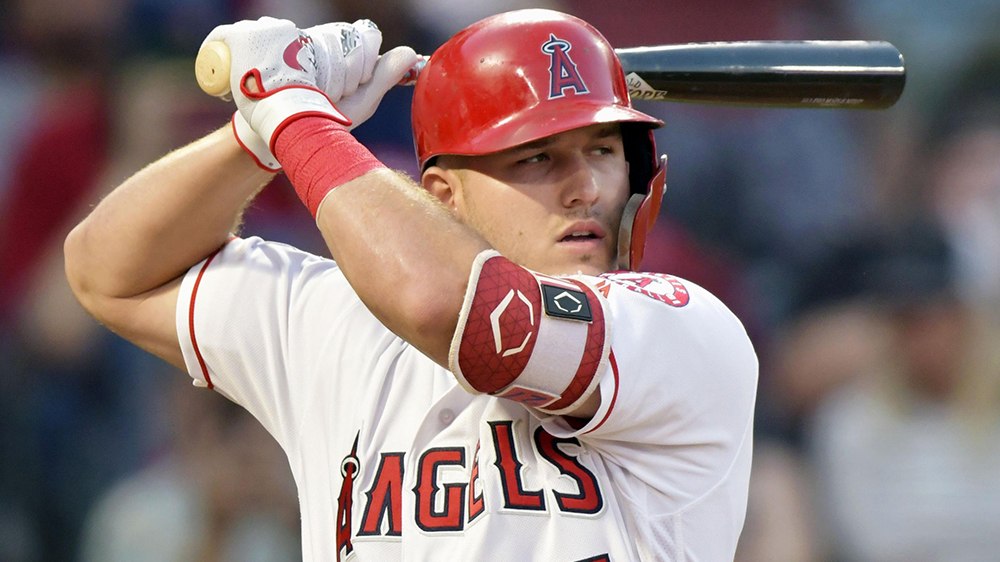 Baseball fans are used to watching Mike Trout put up jaw-dropping numbers on the field, but over the weekend he was doing the same away from the diamond. A one-of-a-kind rookie card featuring the Los Angeles Angel star set a new record to unseat the T206 Honus Wagner trading card as the most expensive of all time.

The ultra-rare collectible, a 2009 Bowman Chrome Draft Prospects Superfractor card signed by the athlete, sold for $3.936 million during an online auction held by Goldin Auctions on Saturday, reports Reuters. That hammer price easily tops the $3.12 million the T206 Wagner sold for in October 2016.

The world’s most valuable baseball card depicts the centerfielder during the earliest days of his professional career, shortly after the Angels chose him with the 25th overall pick in the 2009 MLB draft straight out of high school. The front of the card features a blue holographic coating and the athlete’s signature in blue. Meanwhile, the back includes trivia about his playing career at Millville Senior High School in New Jersey and, most importantly of all, is numbered “1/1.”

Goldin Auction put the exclusive trading card up for auction last month, with bidding starting at $1 million. The card is rated a Mint 9 by Becket Grading Service, which also authenticated Trout’s signature. Saturday’s sale price marks a dramatic increase in value since it was last sold in 2018 for $400,000. The card’s counterpart, a “Red Refractor” numbered “5/5,” sold in May for $922,500, a record for a Trout card at the time.

Trout made his major league debut in July 2011. The next season, his first full campaign, he was named American Rookie of the Year, and in the years since the 29-year-old has won three MVP awards, finished second on four occasions and made eight-straight All-Star teams. Midway through his tenth professional season, he has .304 career batting average, 295 home runs and 1,351 hits—numbers that are rare for a player under the age of 30.

While the coronavirus pandemic has brought economic uncertainty to the world, it hasn’t seemed to affect the sports memorabilia market all. Earlier this month, a pair of Nike Air Jordan 1 high-tops that Michael Jordan wore during an exhibition game in 1985 sold for a record-setting $615,000.