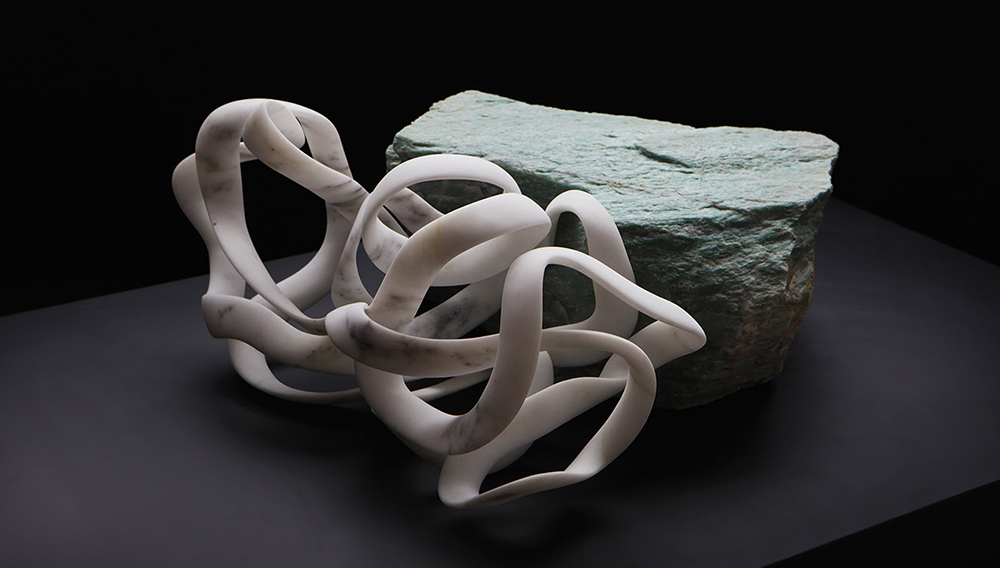 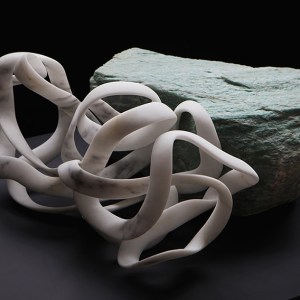 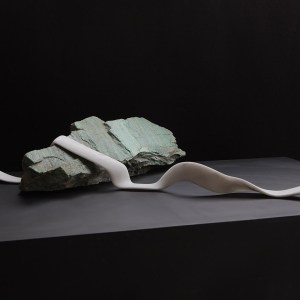 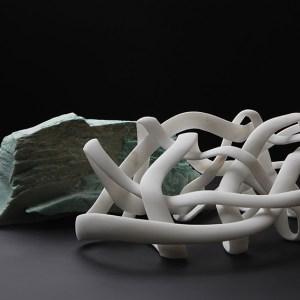 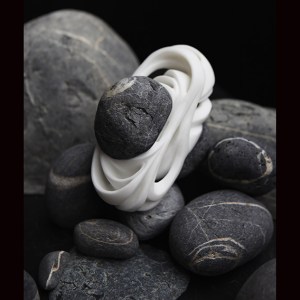 The sculptor Elizabeth Turk never takes the easy way out. Her spellbinding marble forms look like they had to have been designed by a computer, and yet, they are not. “There’s no 21st-century funny business in the creation of these works,” says Elizabeth Feld, managing director of the Hirschl & Adler gallery in New York. “People in today’s world can’t quite believe it, but that’s the way it is.”

For Tensions, Turk’s fourth official solo show at Hirschl & Adler Modern, the sculptor pairs her marble confections with stones and wood left in their native states. “She’s really delving into the relationship between something man or woman has touched and something natural in the environment,” says Feld.

Opening on September 17 and continuing through October 24, Tensions features 25 new works by the MacArthur Fellow (commonly referred to as a “genius grant” winner, as awarded by the MacArthur Foundation). Included in the exhibit is Marble and Idaho Green Quartzite 2 from 2013 ($60,000), in which she drapes a white marble strand across a chunk of rock that naturally assumes the color of weathered copper. “She’s part artist, part scientist, part mathmetician,” Feld says. “She studies patterns of all kinds and the lack of patterns, in some instances.” (elizabethturksculptor.com; hirschlandadler.com)