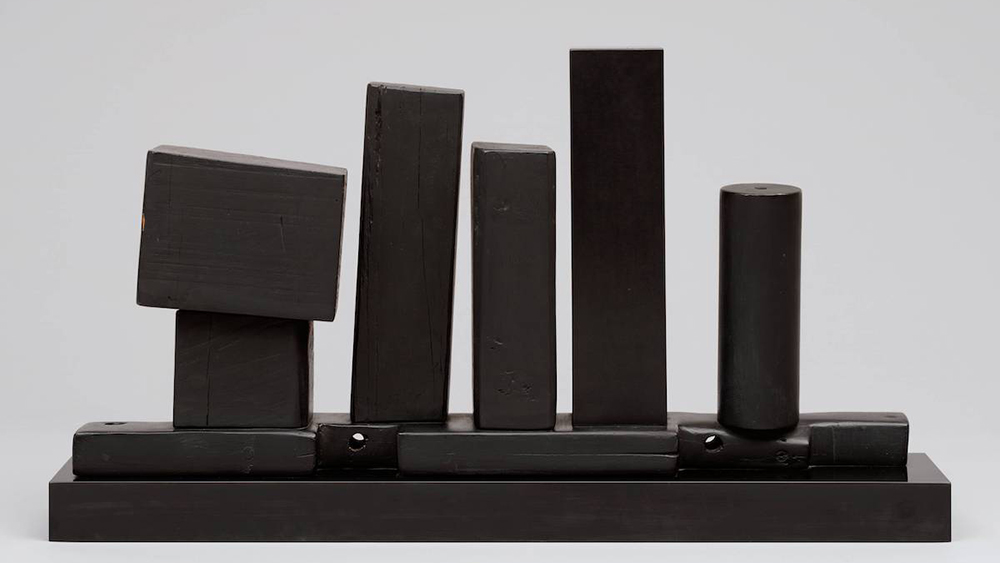 This past weekend, the Museum of Modern Art in New York devoted a permanent-collection gallery to the work of artists born in Ukraine, as a way to show support for the country that was invaded by Russia just over a month ago. It is the most prominent statement to date on the war in Ukraine from MoMA, one of the most important museums in the US.

Titled “In Solidarity,” the gallery features works by artists of international renown such as Sonia Delaunay-Terk, Ilya Kabokov, Kazimir Malevich and Louise Nevelson. Alongside them are pieces by lesser-known figures, such as Aleksei Kruchenykh and Maria Siniakova. Many artists with work on view in the gallery are Jewish.

“There are many, many ways that one can help materially, through donations and through other means of directly contributing, but then there’s another part of you that has the desire to acknowledge the people whose lives are being forever changed, even if it’s not a way that physically or materially helps,” said Ann Temkin, chief curator of painting and sculpture at MoMA, who was among the team that helped oversee “In Solidarity.”

One of the works in the gallery, Malevich’s beloved Suprematist Composition: White on White (1918), had already been on view in the same space when it was curated as a survey of the under-recognized Polish artist Katarzyna Kobro. Another, an early abstraction by Delaunay-Terk, had also been on view nearby. Once Russia invaded Ukraine, however, the curators determined to move works such as these into the same space, in a gesture of solidarity, and place them alongside other pieces from MoMA’s holdings that had not been on view.

Many of these artists had been born in what is now Ukraine but had emigrated to other locales, whether by choice or to avoid persecution. Temkin said that, when organizing the gallery, MoMA’s curators made the decision not to list the artists nationality, instead naming the places where they were born and where they died.

“Nationality, which so happens to be where a person’s passport is, doesn’t given the full picture,” she said.

MoMA has previously organized mini-surveys around various current events, including one in 2018 intended as a protest against Donald Trump’s Executive Order 13769, the travel ban impacting seven Muslim-majority countries. For the most part, however, explicitly political presentations such as the Ukraine one have been unusual at MoMA.