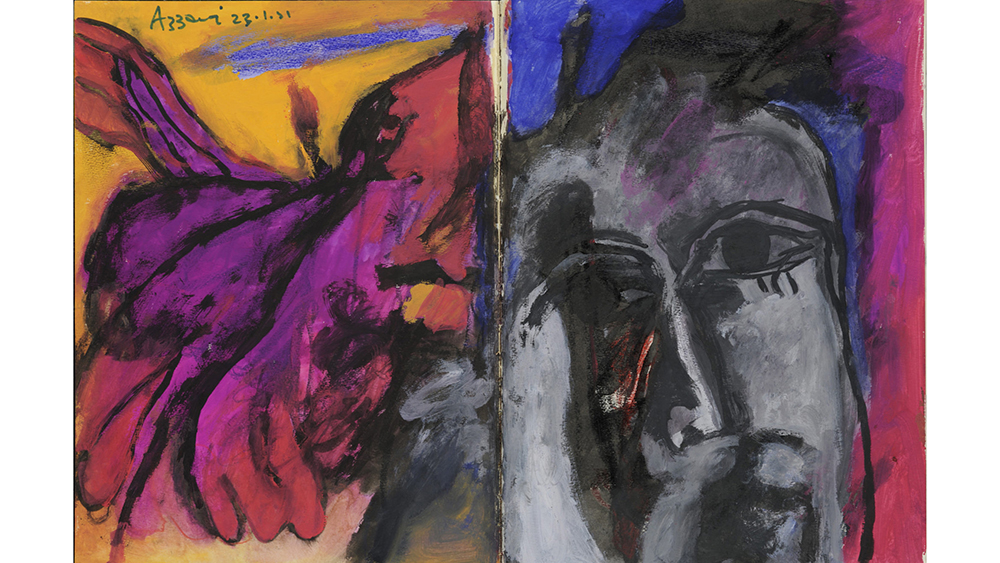 Twenty-eight years after a US-led coalition dropped nearly 90,000 tons of bombs on Iraq to persuade Saddam Hussein to hightail it out of Kuwait, and 16 years after the US invaded Iraq to overthrow Hussein, MoMA PS1 is giving over its entire building in Long Island City, Queens, to Theater of Operations: The Gulf Wars 1991-2011, an exhibition of works by 83 artists and collectives, both Western and Iraqi, responding to the bloody conflicts.

“The Gulf War is little remembered—in the West, at least,” says curator Ruba Katrib. “But that moment shaped the region and redefined Iraq.” The Gulf War was also televised live, with round-the-clock coverage on CNN and endless footage of so-called smart bombs precisely hitting their targets. “We were interested in the media moment.”

Unlike its swift predecessor, the Iraq War dragged on for more than eight years. When Katrib and chief curator Peter Eleey began their research, they were startled by the breadth of artists driven to make work about the wars, from conceptual artist Robert Morris to Pictures Generation star Louise Lawler and the feminist collective Guerilla Girls. Even Richard Serra, famed for his monumental sculptures, has a piece in the show: an oil-stick drawing of a hooded figure, alluding to the notorious Abu Ghraib prison, with the words “Stop Bush.”

But the most compelling pieces in the exhibition, which opens November 3, come from the Iraqi artists, who were either refugees confronted with anti-Islamic hostility or trapped amid the violence. Facing a shortage of materials, artists such as ceramicist Nuha al-Radi had to make do with found objects and create small-scale works. Western artists, Eleey says, “were dealing at arm’s-length with the war. Iraqi responses tend to be more gestural; sometimes the body is more visibly present.” A vivid reminder of exactly where the theater of operations was located on the map.

Check out more artworks from the exhibition below: