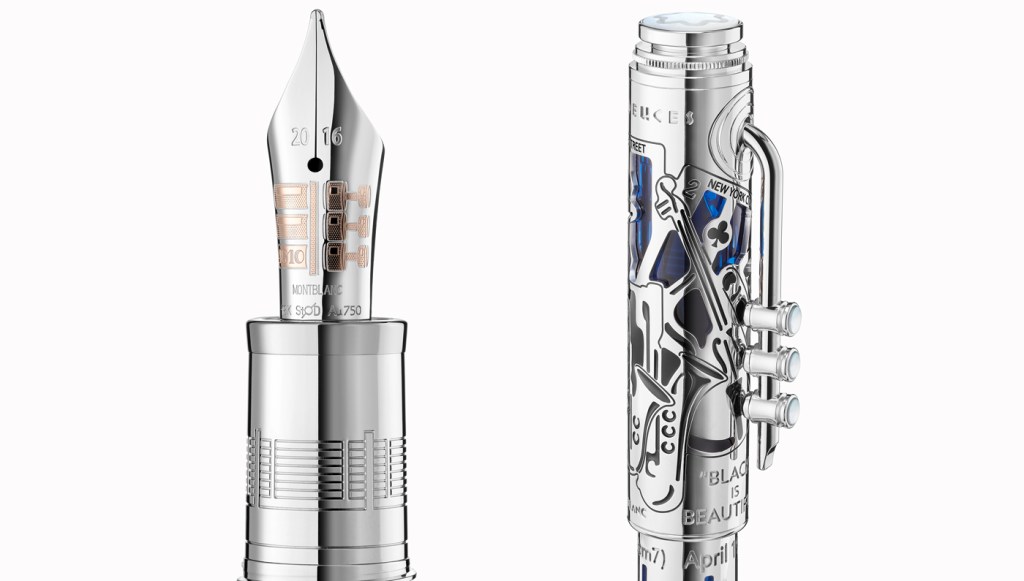 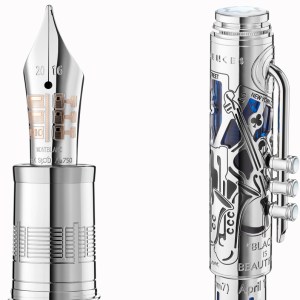 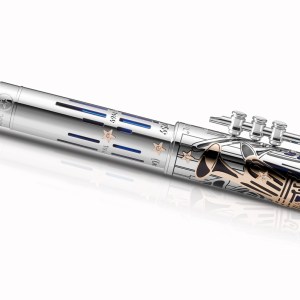 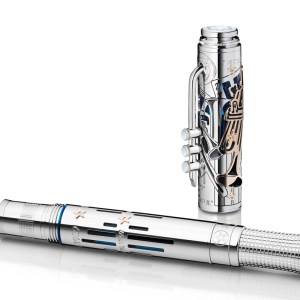 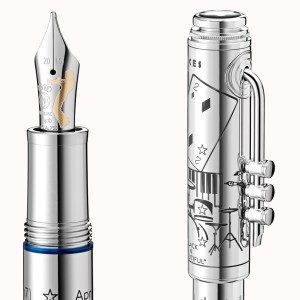 One of the most influential jazz musicians and composers of all time, Miles Davis was more than just a talented trumpeter; he was an innovator of improvisation, a maestro of soulful melody, and a cultural icon (not to mention a serious car enthusiast). And it is these exceptional qualities that inspired Montblanc to design a collection of three writing instruments for its Great Characters Limited Edition that honor the musical maven.

In tribute to what would’ve been Davis’s 90th birthday this year, the Miles Davis Limited Edition 90 was crafted to resemble a trumpet, complete with valves on the clip and a cone shaped like the Heim mouthpieces he favored. The barrel is clad in white gold with a translucent blue resin underlay (an ode to the 1959 Kind of Blue album), while the cap is also dressed in white gold with splashes of blue and a rose-gold inlay of a trumpet. Montblanc’s emblem rendered in mother-of-pearl crowns the writing instrument, and its 18-karat-gold nib is engraved with trumpet keys.

Also resembling a trumpet, the Miles Davis Limited Edition 1926 features engravings of musical instruments on its platinum barrel, which is marked by small apertures that reveal hints of rich blue below. The Montblanc emblem is placed elegantly at the top of the cap and is crafted from black and white agate stone. Limited to 1,926 pieces—a reference to Davis’s birth year—it is available as both a fountain pen and roller ball.

The third, entry-level pen in the collection is the Miles Davis Special Edition. This sleek black-and-platinum design visually references the five distinct evolutions in music that Davis took part in: be-bob, cool jazz, hard bop, modal jazz, and jazz fusion. Though pricing for the Limited Edition 90 and Limited Edition 1926 are only available upon request, the Special Edition is available as a fountain pen for $905, a roller ball for $780, or a ballpoint for $710. (montblanc.com)