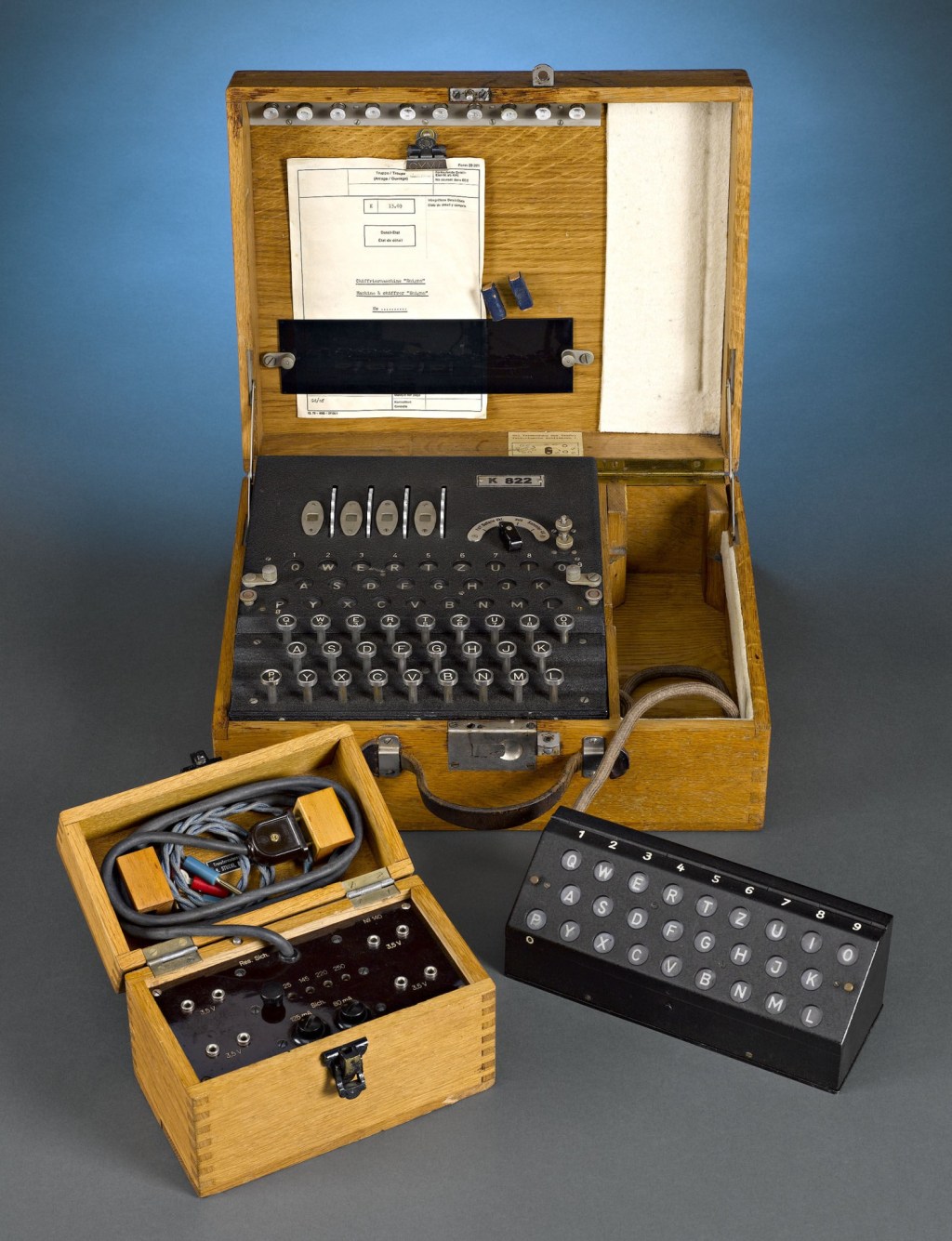 This exceptionally rare Enigma Machine is possibly the finest example that has ever surfaced. Used by the Germans to send secret messages during World War II, this important four-rotor Model K Enigma is in complete and superior condition, and was likely made for a high ranking officer stationed in Berlin. It is believed by many that the Allies’ deciphering of the Enigma code shortened the war by at least two years. This rare decoder features an additional lamp panel, power supply and its original oak casings. This ciphering apparatus was also known as the Kriegsmarine and was used by the German Navy. Whereas most machines used three rotors, the Navy’s fourth rotor machines allowed for much greater security. To find such an important machine in complete, excellent condition is truly amazing.

The Enigma machine was an advanced electro-mechanical cipher machine developed in Germany after World War I, and was used by all branches of the German military as their main device for secure wireless communications until the end of World War II. In addition to the complexity of the Enigma machine itself, its operating procedures became increasingly complex, as the German military wanted to make Enigma communications harder to code break. The effort to crack the codes generated by Enigma was an international affair. In 1929, the Poles intercepted an Enigma machine that was being shipped from Berlin and mistakenly had not been protected as diplomatic baggage. The Poles were able to determine the wiring of the rotors then in use by the German Army and, using them, to decrypt a large portion of German Army traffic for much of the 1930s.

In 1939, the German Army increased the complexity of their Enigmas. The Poles, realizing time was running out before the Germans invaded, decided in mid-1939 to share their work, and passed to the French and the British some of their information. The information was shipped to France in diplomatic baggage; the British share went on to Bletchley Park, where the British secret service had installed its Code and Cipher School for the purpose of breaking the Germans’ message traffic. There, British mathematicians and cryptographers, chess players, bridge players, and crossword puzzle fans, among them Alan Turing, managed to conquer the problems presented by the many German Enigma variations, and found means of cracking them.