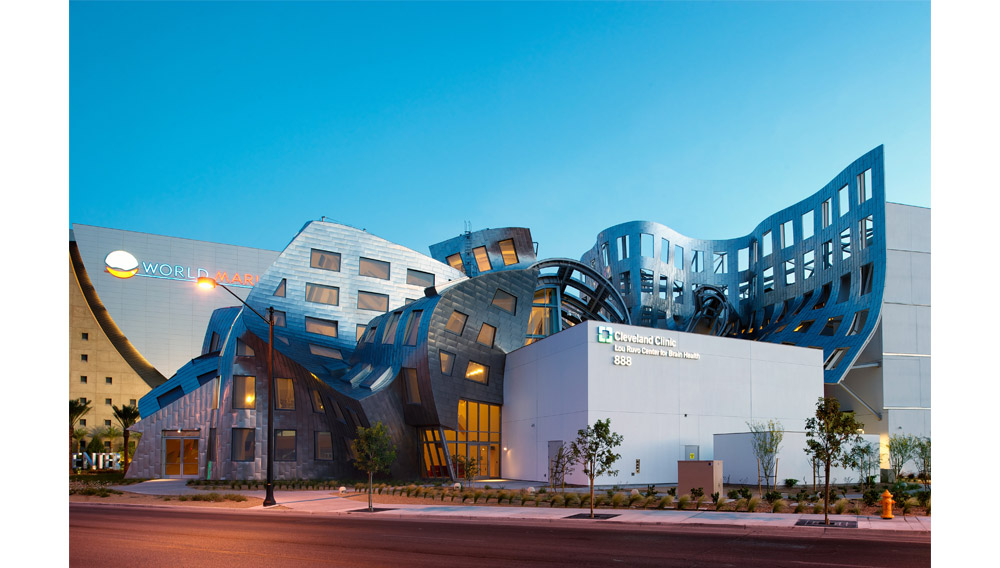 The challenge posed by Alzheimer disease (AD) is stark: If no means of preventing or delaying AD is identified, the number of Americans suffering from the disease is projected to rise from 5.3 million today to over 13 million by 2050.

Current treatments for AD, which include cholinesterase inhibitors and memantine, offer temporary symptomatic benefit. They improve cognition, function and behavior in some patients and delay disease progression in most. They do not modify the underlying disease process. There is an urgent need to identify disease-modifying therapies that will prevent AD, delay its onset or slow its progression. In addition, new agents are needed to further improve AD’s symptomatic manifestations.

More than 80 agents are currently in clinical trials for the treatment of some phase of AD, including novel disease modifying and symptomatic treatments. Cleveland Clinic Lou Ruvo Center for Brain Health (LRCBH) has one of the largest clinical trials programs in the United States for AD therapeutics. Our innovative multisite organization, detailed below, helps develop strategies to transform the clinical trials process, improve the quality of trials and develop new therapies for AD.

Addressing the Pathophysiology of AD

The molecular neurobiology of AD is increasingly well understood. Amyloid protein abnormalities in the brain are among the first identifiable biological changes in the disease and are manifested by a reduction in beta amyloid levels in the CSF and deposition of amyloid in the brain on amyloid imaging. There is increasing cell death as AD progresses, with liberation of tau protein into the spinal fluid and exposure of intercellular neurofibrillary tangles to the CSF, leading to increases in CSF tau and hyperphosphorylated tau (p-tau). Neurodegeneration also leads to increasing atrophy on MRI. Cerebral metabolism is compromised, as demonstrated by reduced cerebral metabolic activity on FDG-PET studies. There are biomarkers for the major milestones of AD.

Approximately 95 percent of drugs addressing CNS diseases fail, and disease-modifying interventions have proved particularly difficult to develop. To advance therapies, it is important to have “multiple shots on goal” since only a very few test agents become successful drugs. With this in mind, the LRCBH has developed a balanced matrix type of clinical trials program, with agents targeting multiple disease stages in a variety of formulations and with diverse mechanisms of action.

Multiple treatment options are being assessed to match patients’ needs and preferences, from immunotherapies administered by intravenous or subcutaneous injection to oral medications to device-based therapies such as transcranial magnetic stimulation. Dextromethorphan/quinidine (Nuedexta™) is being investigated for its potential impact on agitation, while other interventions are being assessed for cognitive and functional outcomes. Anti-amyloid disease-modifying therapies, non-amyloid targeted disease-modifying therapies and symptomatic interventions are all being assessed by the LRCBH clinical trials program.

The FDA’s requirement that new therapies have their efficacy demonstrated by randomized, placebo-controlled trials before approval is well established. One of its underappreciated implications is that patients must be engaged in the drug development process in order for it to succeed. Patients are thus empowered to contribute in an essential way to the development of therapies for the diseases that afflict them. This motivation is strengthened by the realization that the children and grandchildren of affected individuals are at increased risk for AD unless new interventions are found. The scope of the LRCBH’s clinical trials program signals our commitment to offering AD patients broad opportunities for such empowerment. One of the ways we do so is through a network of trial sites with extensive national reach. The LRCBH has locations in Las Vegas, Nev.; at Cleveland Clinic’s main campus in Cleveland; in Lakewood, Ohio, outside of Cleveland; and in Weston, Fla. These sites form a unique AD clinical trials consortium that matches patient location with available studies. The consortium amplifies our ability to engage multiple patients in clinical trials and accelerate therapeutic testing, and it promises to improve trial quality and efficacy.

A leading goal of the LRCBH clinical trials program is to transform trials by identifying methodologies that improve quality and accelerate drug development. Recent LRCBH publications address important issues that impact drug development for AD. Globalization is occurring rapidly, but the science of globalization remains poorly developed. A variety of clinical trial designs have also been fostered, both for AD and for non-AD neurodegenerative disorders. A recent review from the LRCBH highlighted the importance of matching the design of a clinical trial to the trial’s goal. Studies of placebo groups recently showed that older patients in clinical trials decline more slowly than younger patients. This has important implications for sample size determinations since a larger number of older patients would be needed to show a drug-placebo difference compared with trials enrolling younger subjects. Recent reviews from the LRCBH have addressed the translation of data from animal models to human clinical trials, use of repurposed agents to treat AD, and use of translational research methodologies to enhance drug development.

As AD prevalence continues to rise at an alarming rate, new therapies are urgently needed. The LRCBH is testing multiple diagnostic and therapeutic interventions in a balanced matrix approach with a multiple-shots-on-goal philosophy. Our distributed network of clinical trial sites utilizing the geography of Cleveland Clinic is an innovative advantage for clinical trials and drug development. Our approach recognizes that trials depend on patients acting as citizen-scientists who empower themselves to help fight the diseases that afflict them.