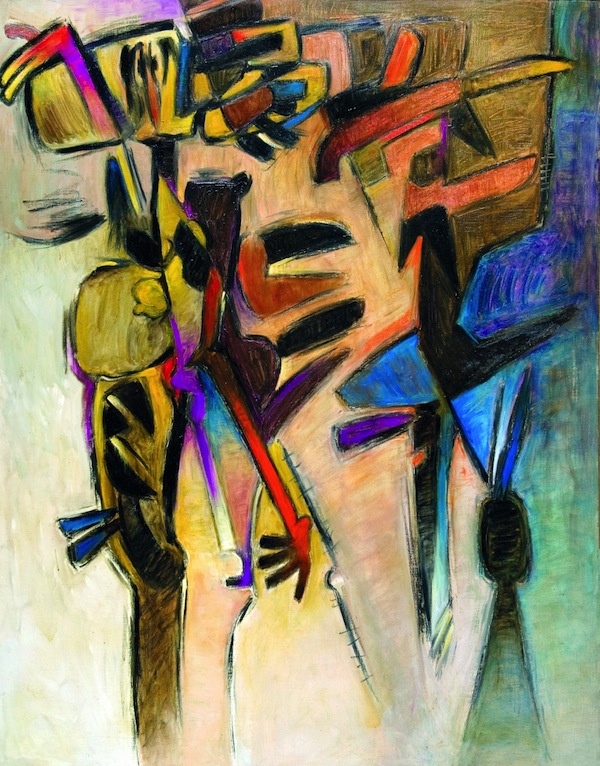 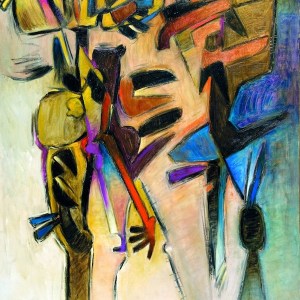 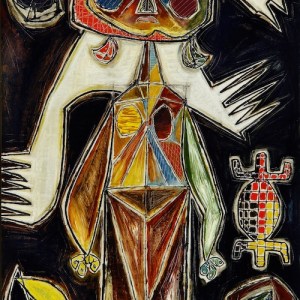 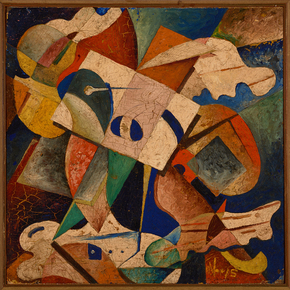 BOGOTÁ – “Oswaldo Vigas 1943-2013,” a three-year, traveling exhibition of seventy paintings and five sculptures by the late Venezuelan artist will be on view at the Museo de Arte Moderno de Bogotá July 16-August 23, 2015. Curated by Bélgica Rodríguez and organized by the Oswaldo Vigas Foundation, the work in the exhibition spans seven decades of the artist’s life. “Oswaldo Vigas 1943-2013” launched at the Museo de Arte Contemporaneo de Lima (MAC Lima). The exhibition then went to the Museo Nacional de Bellas Artes de Chile (MNBA) in Santiago. Following Bogotá, the exhibition will travel to the São Paulo and Mexico City.

Born in Valencia, Venezuela in 1923, Oswaldo Vigas died in Caracas on April 22, 2014 at the age of 90. Like Lam, Matta and Tamayo, Vigas is hailed as a pioneer of Latin American art. He synthesized his Latin American roots with the most advanced pictorial currents of modernity. Similar to Philip Guston, Vigas experimented with both figurative and abstract painting in his quest to find his own voice. There have been over 100 solo exhibitions of Vigas’s paintings, sculpture, engravings, tapestries and ceramics. His work is included in the collections of many international public and private institutions.

“Oswaldo Vigas is one of the true inventors of Latin American art,” said poet and art critic Jean Clarence Lambert. “He contributed to keeping alive the natural cultural trends of South America, which are, as Vigas himself described, prelogical, magical, mythological and anti-rationalist.”

Influenced by pre-Hispanic art, pre-historic “Venus” figurines, African statues, the paintings of Velazquez and Goya and the work of the Abstract Expressionists and Neo Expressionist artists such and Jackson Pollock and George Baselitz, Vigas developed the iconic image of the “Bruja” (witch) that became a recurring theme in his work.

By the 1950s and 1960s, he was recognized as an important, emerging talent associated with the post-war resurgence of figuration. A move to Paris gave Vigas the opportunity to reflect about his identity and roots. During his Paris years, he started to paint abstractly and his personal, visual vocabulary started to incorporate constructivism and geometry. He described his work “as a system of signs and symbols a personal way of conceiving objects, figures, color, lines and space.”

Vigas went back to Venezuela in the late 1950s and then returned to Paris in the early 1960s. At this time, his approach to painting took a dramatic turn toward a gestural style associated first with abstract expressionism and then with lyrical abstraction. The new work focused on the driving force of emotions, matter and the mere act of painting. This “Informalism” or “Expressionism” was a response to formal geometric abstraction, which was popular at the time. Vigas’s paintings from this period, still influenced by pre-history and mythology, ooze with thick paint and evoke the art made by the CoBrA artists, distinguished by immediacy of thought without restrictions or pre-established reasoning.

In 1964, Vigas left Paris and returned to Venezuela where he lived for the rest of his life. The paintings from the beginning of this period show a marked ambivalence between the representational and the abstract. Recurring, neo-figurative elements start to appear in his new, cubist-like paintings. His signature black line narrows as he places geometrically alike figures in compressed spaces. He says about his work that his intention is now to reach, interpret and translate the dark signs and warnings that are the defining components of the South American condition.

In the 1970s and 1980s, Vigas continued to paint and began to experiment with sculpture, tapestries, engravings and ceramics. Just like his paintings, the new work was rooted in the reduction of the figure into abstract elements with references to both ancient civilizations and to the contemporary world.

In the 1990s, Vigas furthered developed his primitivist style with a focus on central figures from his personal mythology including demons, beasts, birds, women and witches. His paintings and sculptures from the 1990s meld both abstraction and figuration with the goal of liberating art from formal rigid structures.

At the end of his life, Vigas was overcome with an insatiable need to draw and to write poetry, an early passion. In his later years, he began a series of Crucifixion paintings inspired by drawings that he had done on newspapers and on concert programs. He exhibited until the very end of his life with solo exhibitions at Dillon Gallery in New York and at Ascaso Gallery in Miami.

About the Oswaldo Vigas Foundation