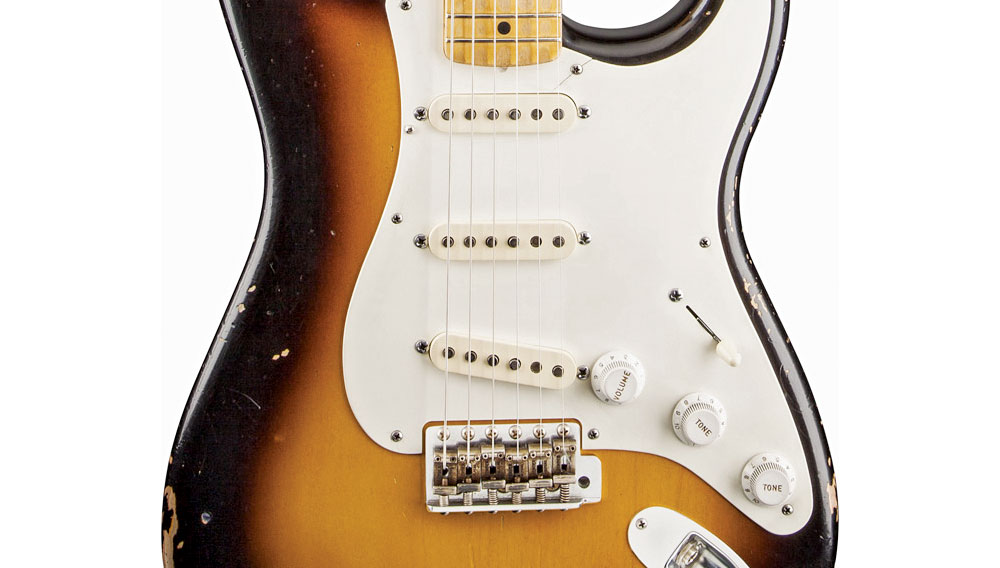 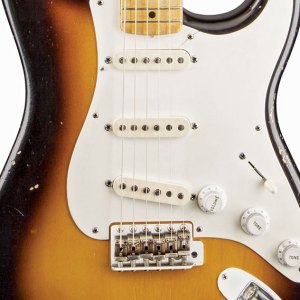 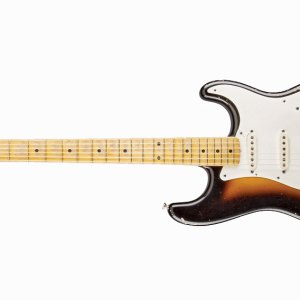 Eric Clapton’s guitars are nearly as famous as the musician himself. His best-known ax is the Fender Stratocaster that he called Blackie, which he assembled from the parts of three 1956 Strats and played throughout the 1970s and early ’80s. The instrument retailer Guitar Center purchased Blackie at a 2004 Christie’s auction for $959,500, a record auction price for a guitar at the time.

Two years later, with Clapton’s blessing, Guitar Center commissioned Fender to create 275 replicas of Blackie, each priced at $20,000. All 185 examples allocated to the U.S. market sold in a matter of hours. A portion of the proceeds went to Clapton’s Crossroads Centre for drug and alcohol rehabilitation. (He founded the Antigua clinic in 1997, following his treatment for drug and alcohol addiction.)

Guitar Center and Clapton again have partnered with Fender and with guitar makers Gibson and C.F. Martin & Company to produce the Crossroads Collection. Proceeds from the line’s sales also will benefit the Crossroads Centre. The collection’s five models include re-creations of two other celebrated Clapton electric guitars and three new acoustic designs.

One of the electric guitars is based on the 1956 sunburst Fender Strat nicknamed Brownie, which Clapton purchased in 1967 and showed on the cover of his first solo album. Brownie sold at a 1999 auction for $497,500. The other electric model is a replica of the 1957 “Lucy” Gibson Les Paul that was given to Clapton by George Harrison. (Clapton played the instrument on the Beatles’s recording of the Harrison-penned song “While My Guitar Gently Weeps.”) The Lucy and Brownie replicas are priced at $15,000 apiece, and the companies produced only 100 examples of each.

The three new Martin acoustic guitars were designed by Clapton and are based on the 14-fret body style that Martin introduced in 1934. Clapton played a 1939 Martin 000-42 acoustic during his 1992 performance on MTV’s Unplugged. The album that followed the performance earned the musician a Grammy and sold more than 10 million copies. The guitar sold at auction for $791,500.

Considering the success of the Blackie replicas and the limited quantity of these new replicas and new models, demand for the latest examples will likely exceed supply quickly. Slowhand devotees best move fast.