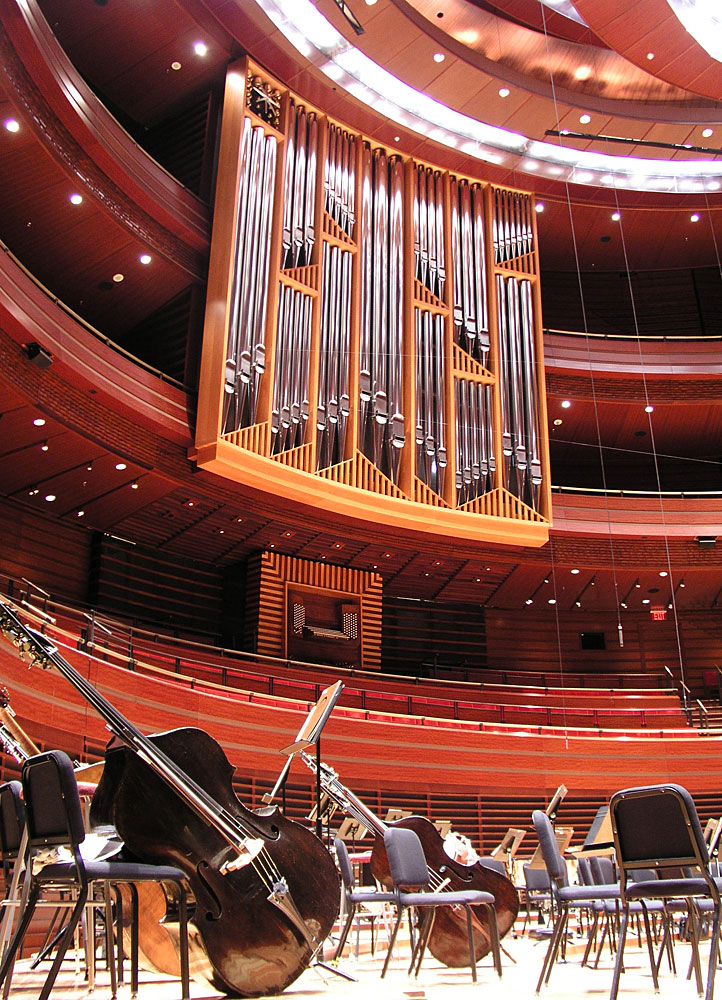 The cathedral of Our Lady of the Angels in Los Angeles, Bayard Sharp Hall at the University of Delaware, and the Kimmel Center for the Performing Arts in Philadelphia all found their voices in Lake City, Iowa, at Dobson Pipe Organ Builders. The company has fashioned an organ for each of these three venues and for dozens of other churches, cathedrals, and concert halls around the country.

On this snowy morning in December, Lynn Dobson, the trim, bearded 58-year-old Iowa native who founded the firm in 1974, demonstrates how his craftsmen “voice,” or shape the sound of, a pipe and ensure that it harmonizes with its neighbors. Dobson places a lead-and-tin pipe over an airhole on a stripped-down version of an organ, presses a key, and listens. Then he explains how small adjustments in the pipe can change its sound. Often, this involves shaving a sliver of metal from one of the edges of the pipe’s circular airhole, but the apertures at the top and bottom of the pipe also might be trimmed or widened. “Of all the steps that go into the making of an organ, this is the most important,” Dobson says of the voicing process. “Each pipe needs to be voiced in the shop, and voiced once again after the organ is installed. That’s a lot of listening and adjusting.”

Pipe organs first made an impression on Dobson during a childhood trip to Salt Lake City, where he was awed by the powerful sounds of the instrument that accompanied the Mormon Tabernacle Choir. He became interested in building organs as a career in college, when he realized that he could combine his love of woodworking with the knowledge he was gaining in classes on industrial design and art. After he graduated with degrees in art and industrial education from Wayne State College in Nebraska, he spent two years working at several organ companies in the United States and Canada before founding his business. The company has since built nearly 100 organs and restored an additional 35.

Rush jobs are not possible with a custom pipe organ. Even small instruments, ones with fewer than 200 pipes, call for more than 7,000 hours of labor, while a larger organ, with thousands of pipes, may require as many as 60,000 hours. The company is in the third year of an anticipated eight-year commission from the National Cathedral in Washington, D.C., for an organ that will have 8,000 pipes.

The more pipes an organ has, the greater the range of musical effects an organist can summon from it. Most of Dobson’s organs rely on mechanical action, which means that the keys and pedals control the airflow directly rather than through an electric link. This design grants musicians greater tactile control over the notes that they play.

Dobson says it remains a thrill for him to hear one of his instruments’ debut performances. “An organ can create sounds ranging from a soft note to a roar so loud it makes your seat vibrate,” he says. “It’s a privilege to be part of the team that makes that amazing music possible.”