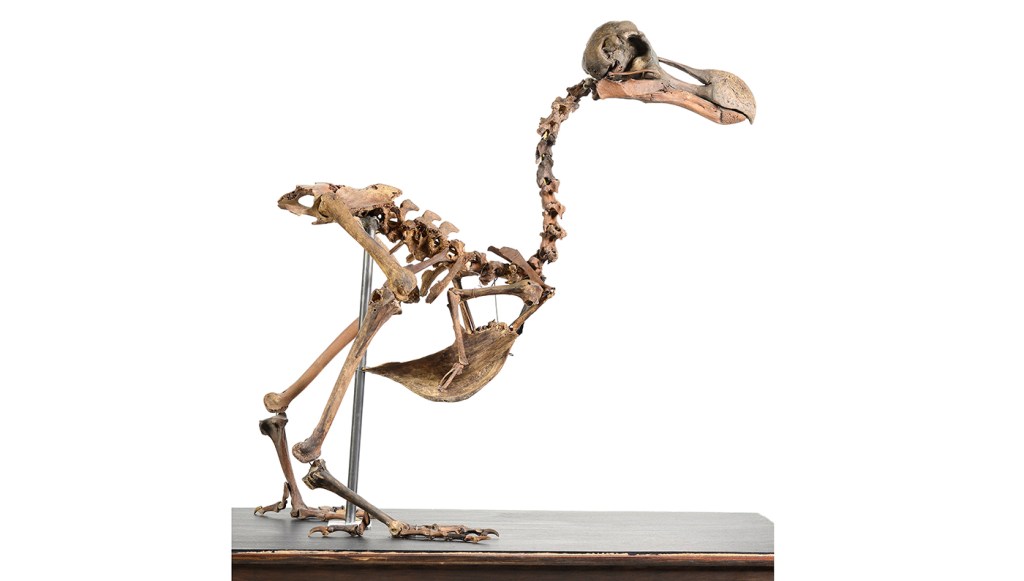 Dodos might be extinct, but they’re not entirely gone. On November 22, Summers Place Auctions in West Sussex, England, sold a nearly complete Dodo skeleton for about $430,000.

Considered 95-percent complete, the composite skeleton was pieced together by a collector over four decades. A dozen other Dodo skeletons exist worldwide, but all are in museums, and only one of the 12 is assembled from the bones of a single bird.

In the end, a private collector secured the prize, knowing that he might go extinct before getting another chance to own a near-complete Dodo skeleton. Mauritius, the home of the Dodo, forbids export of Dodo bones, making it less and less likely that anyone will repeat the consigner’s feat. Summers Place states that the Dodo skeleton is the first to come to auction, and the first of its type to come to market in almost a century. (summersplaceauctions.com)