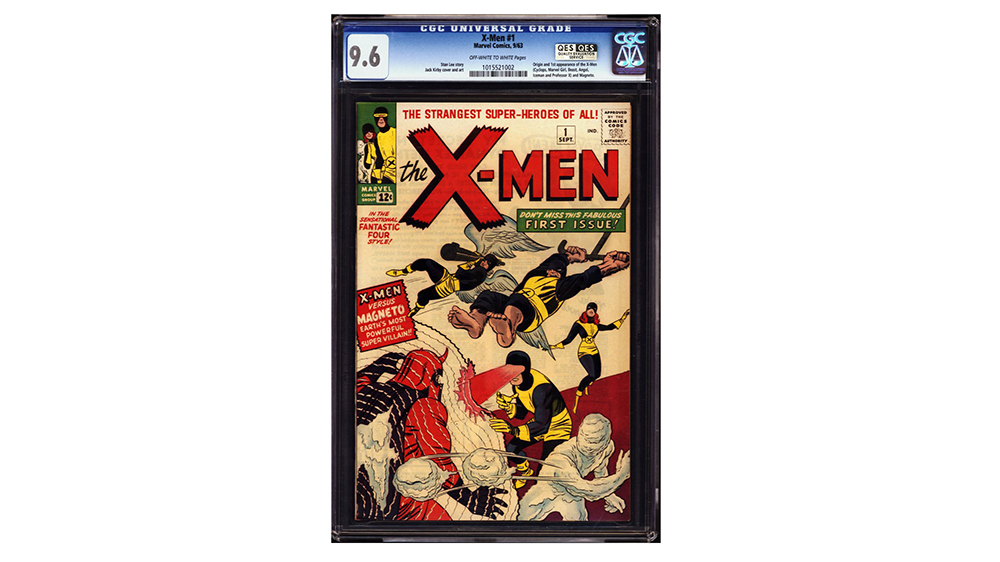 It’s not just sports memorabilia hounds who are losing their minds. The same buyer frenzy is infecting other collectible markets as well.

Late last month, a near-mint copy of X-Men no. 1 sold for a jaw-dropping $807,300 in an auction overseen by ComicConnect.com. While the gavel price doesn’t make it the most expensive comic book of all time, it smashed the previous record for the same book by more than $300,000.

X-Men no. 1, which was written by Stan Lee and drawn by Jack Kirby in 1963, features the very first appearance of Marvel’s team of (at the time teenage) mutant superheroes and their arch-nemesis, Magneto. This particular issue has been graded a 9.6 by the Certified Guarantee Company (CGC). That means the book is in near-mint condition, despite being nearly 60 years old and printed on newsprint that was never meant to last.

As stunning as the sale price for X-Men no. 1 may be, it pales in comparison to the $3.25 million a copy of Action Comics no. 1, which features the first appearance of Superman, sold this spring in another auction overseen by ComicConnect.com. The gavel price does make it one of the 10 most expensive comics of all time, though. It also easily bested the issue’s previous record of $492,937.50, which was set by a 9.8-grade copy in 2012, according to Bleeding Cool. The previous record sale for a 9.6-grade copy of the book was $350,000, which was set in 2016.

“We had more than 50 bidders from all over the world,” the auction house’s COO Vincent Zurzolo told KTVN Channel 2 last week. “The winning bid came from an American who invests in many types of collectibles, but sees vintage comics as a rising alternative asset class.”

The winning bidder isn’t the only one who thinks these kinds of collectibles are going to keep growing in value. Over the last year, we’ve seen sales records set by all manner of collectibles on what feels like a monthly basis, including sports cards, video games and coins. It’s enough to make you want to spend the weekend searching the basement for anything worth putting up for auction.