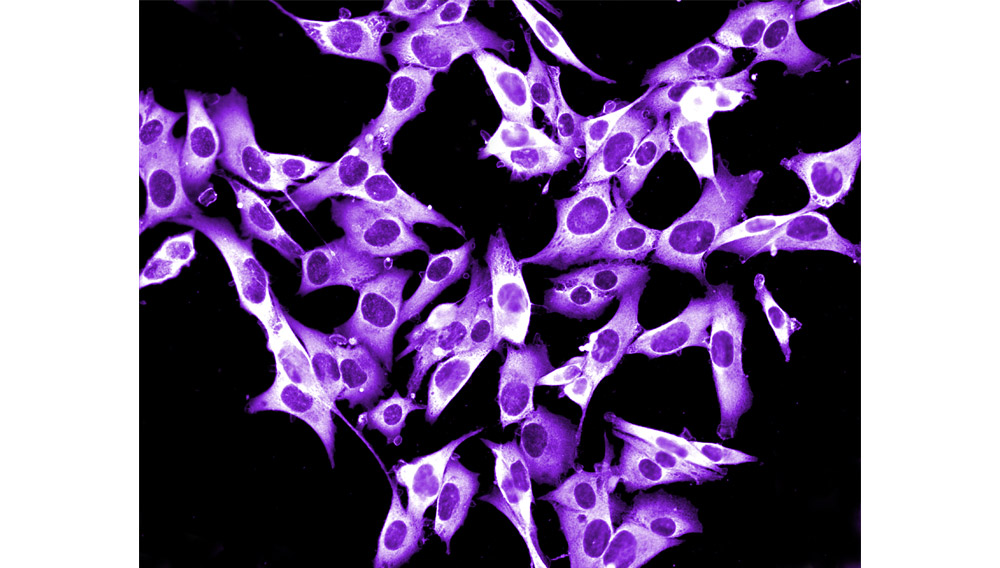 Recent breakthroughs in immunotherapy and targeted therapy have improved outcomes for patients with advanced melanoma.

Researchers have developed immunotherapies designed to prevent melanoma from deactivating T cells, targeted therapy combinations that block oncogenic pathways in the tumor cells, and multimodality approaches intended to both destroy the cancer and help prevent its recurrence. Patrick Hwu, M.D., a professor in and chair of the Department of Melanoma Medical Oncology at The University of Texas MD Anderson Cancer Center, said, “It’s an exciting time. Ten years ago, we could cure about 5% of patients with advanced melanoma, and now we can achieve very good responses in 20%–25% of these patients because we have so many possible tools. And I believe we can drive response rates even higher and increase the durations of these responses over the next few years.”

Melanoma and other cancers can subvert T cells’ self-limiting mechanisms in multiple ways. Two signals are required for an effective T cell response: an antigen on an antigen-presenting cell binds to a T cell receptor on the T cell, and a molecule on the T cell called CD28 interacts with a molecule on the antigen-presenting cell called B7. This double signal helps ensure that T cells attack antigens rather than healthy tissue. As a measure to protect healthy cells and minimize nonspecific T cell activation, a molecule expressed on the surface of activated T cells called cytotoxic T lymphocyte antigen 4 (CTLA-4) can halt T cell activation by conjugating with B7 in place of CD28. This function, which can also deactivate T cells, is an important barrier to antitumor immunotherapy.

To maintain T cell activation in response to cancer, researchers led by James Allison, Ph.D., then a professor at the University of California, Berkeley, and now a professor in and chair of the Department of Immunology at MD Anderson, designed an antibody with a high affinity for CTLA-4 called ipilimumab. When ipilimumab binds to CTLA-4, the interaction between CD28 and B7 can continue, leading to T cell activation and an antitumor immune response. This intervention was the first of a new type of immunotherapy called immune checkpoint blockade.

In the phase III trial that led to the approval of ipilimumab in 2011 by the U.S. Food and Drug Administration (FDA), patients with metastatic melanoma treated with 3 mg of ipilimumab per kilogram of body weight every 3 weeks for up to four treatments had an overall response rate of 10.9% after 55 months of follow-up, whereas those treated with a melanoma peptide vaccine had an overall response rate of 1.5%. And in an expanded access program at MD Anderson in which patients with advanced melanoma received induction therapy with 10 mg/kg of ipilimumab every 3 weeks for a total of four doses (and eligible patients received continued maintenance therapy every 3 months), 14% of patients had complete responses and another 2% had partial responses after induction therapy.

The initial response rates for ipilimumab were similar to those of the previous standard treatments for advanced melanoma, dacarbazine or interleukin-2 (IL-2); however, the responses to ipilimumab have been much more durable. In MD Anderson’s experience treating advanced melanoma with ipilimumab, patients whose disease responded to the drug have had a 5-year overall survival rate of 80%. “With chemotherapy, the tumor can grow back if some silent part of the cancer has been left alive. With immunotherapy, complete remission may mean a cure because the immune system is equipped to recognize any remainder of the cancer,” said Wen-Jen Hwu, M.D., Ph.D., a professor in the Department of Melanoma Medical Oncology.

The most common toxic effects of ipilimumab are colitis; a rash that can cause severe skin peeling; and hypophysitis, which can cause headaches, vision disturbances, and changes in various hormone levels.

Another crucial immune checkpoint is the pathway between programmed cell death protein 1 (PD-1) and its ligand, PD-L1. Activated T cells and B cells express surface PD-1, and antigen-presenting cells express surface PD-L1. Interaction between PD-1 on T cells and PD-L1 deactivates the T cells. Many cancers, including 40% of melanomas, disrupt T cells’ antitumor surveillance by expressing PD-L1 themselves. The PD-1–PD-L1 interaction is an important mechanism leading to immune tolerance to cancer, and blocking this interaction may restore antitumor surveillance. To combat the suppression of T cells by cancer cells, researchers have developed antibodies that target PD-1 and PD-L1. Dr. Wen-Jen Hwu is currently leading a phase II trial in which patients with unresectable or metastatic melanoma are treated with the anti–PD-1 antibody nivolumab. And in an ongoing phase I trial led by Dr. Hwu, the anti–PD-1 antibody MK-3475 is being used to treat advanced melanoma. “Early data from both trials show response rates and response durations that are unprecedented among immunotherapy agents to date,” she said.

A prominent difference between the PD-1 pathway blockers and ipilimumab is the extent of their toxicity. “Anti–PD-1 and anti–PD-L1 are quieter than ipilimumab—their toxic effects are less severe,” said Srisuda Lecagoonporn, R.N., a research nurse in the Department of Melanoma Medical Oncology. “From the patient’s perspective, anti–PD-1 and anti–PD-L1 are a better experience.” The most common adverse effects of PD-1 blockade are increased liver enzyme levels and pneumonitis, which can cause shortness of breath and coughing.

Therapies targeted to specific gene mutations also show promise against melanoma. BRAF mutations, for example, are present in nearly 50% of melanomas. Two inhibitors of the BRAF protein have been approved by the FDA for the treatment of melanoma: vemurafenib (formerly called PLX4032) was approved for metastatic melanoma in 2011, and dabrafenib (formerly called GSK2118436) was approved for BRAF-mutant melanoma in 2013. Both inhibitors have clinical response rates of about 50% in patients with metastatic melanoma and activating BRAF mutations.

Another targeted drug approved in 2013 for BRAF-mutant melanoma, trametinib, inhibits the MEK kinase that is downstream of and activated by BRAF in the MAP kinase pathway. In a head-to-head clinical trial, trametinib demonstrated a significant survival advantage over chemotherapy in patients who had advanced melanoma and activating BRAF mutations. Unfortunately, although targeted therapies can have high response rates, these responses usually do not last. Melanomas treated with a BRAF inhibitor develop resistance after 5–6 months on average, and less than 10% of cases reach 12 months without developing drug resistance. The mechanisms of this resistance, and rational approaches to overcome it, are becoming clearer through the analysis of resistant tumor tissue.

Michael Davies, M.D., Ph.D., an associate professor in the Department of Melanoma Medical Oncology, said, “These findings are leading us to combinatorial approaches. You can’t just target one mutation—you need to block multiple targets simultaneously to achieve a maximum and durable clinical benefit. For example, many of the molecular changes that cause resistance to the BRAF inhibitors do so by reactivating the MAP kinase pathway. This finding provided the rationale to combine BRAF inhibitors with MEK inhibitors in order to block the MAP kinase pathway in two places.” Indeed, the combination of the BRAF inhibitor dabrafenib and the MEK inhibitor trametinib demonstrated an impressive clinical response (≥30% decrease in tumor diameter) rate of 75% and an initial disease control rate of 100%. Furthermore, the combination almost doubled the average duration of the clinical responses. After 1 year of treatment, 40% of patients treated with the combination were alive and still responding to treatment—more than four times the rate seen in patients treated with a BRAF inhibitor only.

Usually, combining anticancer agents increases toxicities. But surprisingly, combined treatment with dabrafenib and trametinib was less toxic than treatment with either drug alone. Each agent alone frequently causes significant skin toxicities; dabrafenib and other BRAF inhibitors also cause squamous cell carcinomas of the skin in up to 25% of patients. Most of these squamous cell carcinomas have activating RAS mutations. “If your normal skin has RAS-mutant cells present, the BRAF inhibitor makes those cells grow faster through an effect called paradoxical activation of the MAP kinase pathway,” Dr. Davies said. “This effect causes the squamous cell cancers to grow and is also the reason that the BRAF inhibitors are used only in melanoma patients with activating BRAF mutations.”

But trametinib and other MEK inhibitors block the MAP kinase pathway in both the tumor cells and the paradoxically activated normal cells. As a result of this effect, the rate of the squamous cell carcinomas went from the 20% in patients treated with dabrafenib alone to less than 5% in patients treated with dabrafenib and trametinib together. Dr. Davies added, “This combination even reduces the incidence and severity of skin rashes.” Despite the beneficial effect on the cutaneous toxicities of the agents, the combination can have other side effects, including fever and vision problems.

Whether the responses to these new targeted drugs will be durable remains to be seen. Dr. Davies said, “It’s too early to tell whether there is a subpopulation of patients with metastatic melanoma who are being cured by dabrafenib combined with trametinib. We’re waiting to learn as we get longer follow-up data from these clinical trials.”

The combination of targeted therapy and immunotherapy has been hypothesized to have better outcomes than either modality alone. This idea is based partly on the finding that BRAF inhibitors not only slow tumor growth and destroy tumor cells but also make melanoma more recognizable to the immune system. Also, these different modalities may complement each other. Dr. Patrick Hwu said, “We want to put the best qualities of targeted therapy and immunotherapy together and hopefully get high response rates that also last a long time.” These rationales have led to new clinical trials that combine BRAF inhibitors with immunotherapies such as high-dose bolus IL-2, ipilimumab, and anti–PD-L1.

In another approach, T cells are both stimulated and proliferated using IL-2 plus a procedure called adoptive T cell transfer. Dr. Patrick Hwu said, “We take the T cells that are in the tumor and are trying but failing to kill it, and we proliferate them to large numbers—billions—outside the body and then reinfuse them into the body in combination with IL-2. We’ve treated about 80 patients with metastatic melanoma now, and about half of them have responded well to it. And importantly, a lot of those responses are durable—for some of those patients, 5 years out, all of their disease is gone.” To qualify for adoptive T cell transfer plus IL-2, patients must have CD8-positive T cells that are highly reactive and tumor specific, a tumor that can be surgically accessed, and the ability to tolerate high-dose IL-2. Adoptive T cell transfer is also being tested in combination with T cell–boosting vaccines and with immune checkpoint blockades in ongoing trials.

“In the end, I think we need to put these treatment modalities together,” Dr. Hwu said. “But we have to do so in a way that’s not toxic, and we also need to make sure that they don’t negate each other—for example, some targeted therapies might hurt the immune system. We have to figure out how to combine and sequence these approaches in a way that will give patients the best opportunity for long-term survival.”

Dr. Davies agreed that implementing these advances to the best possible effect will require further calculation. “It’s clear that we are in the middle of a transformative era in the development of treatments for patients with metastatic melanoma. While we have made a lot of progress, there is still a lot of work to do to meet the full potential of the advances that have been made over the past several years.”