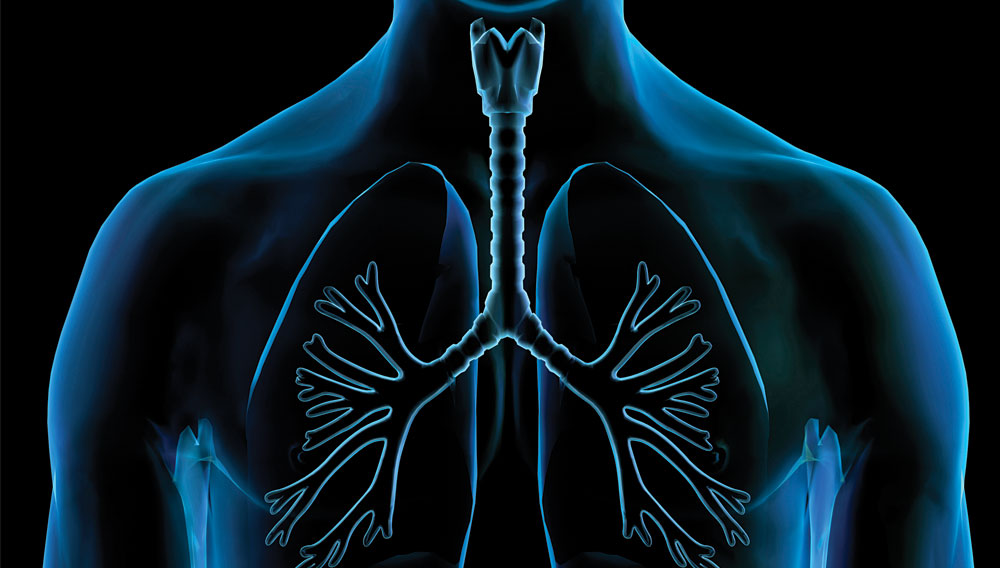 More than 1,600 people in the United States are currently awaiting a lung transplant, yet more than 70 percent of available donor lungs will ultimately be discarded because of poor organ quality or distance between the donor and recipient. An experimental organ-preservation device may help to increase the utilization of available organs by keeping donor lungs functioning in a “breathing” state outside of the body while the lung is being transported for transplantation.

“Lungs are very sensitive and can easily be damaged during the donation process,” explains cardiothoracic surgeon Abbas Ardehali, MD, surgical director of the UCLA Lung and Heart and Lung Transplant Program. “This new ‘breathing-lung’ technology enables us to potentially transport lungs over longer distances, which will expand our donor pool, as well as improve the function of donor organs before they are placed in the recipient.”

UCLA’s lung-transplant team became the first in the country to successfully perform a “breathing-lung” transplant, using the experimental organ-preservation device, which simulates the conditions of the human body and allows the lung to continue functioning normally in a warm, breathing state. It addition to preserving the organ, the device enables surgeons to better assess lung function, clean the airways, infuse medications and even repair the lungs before transplantation.

The current standard of care, cold ischemic storage, involves transporting the donor lung in a non-functioning, non-breathing state inside an icebox. “Human organs were never meant to be put on ice in a cooler,” Dr. Ardehali explains. “Too many patients die because we have a shortage of suitable donor organs. This technology enables us to maintain the organ in better shape before transplant.”

The key principles that mark this new device as a powerful and potentially revolutionary technology in lung transplantation build upon those developed and evaluated earlier in the “beating heart” clinical trial conducted at UCLA and four other leading heart-transplant centers in the United States.

Dr. Ardehali also was principal investigator for that trial. “Before, we used crude parameters to assess donor hearts,” Dr. Ardehali says. “Over the past few years, we have developed better mechanisms to evaluate how well the heart is being preserved, and this knowledge is being used around the world.”

The organ-transport device also has the potential to reduce the risk of organ rejection and increase the number of hearts accepted for transplant. Eventually, Dr. Ardehali says, it may even be possible to “warehouse” functioning organs for longer periods in order to facilitate better donor-recipient matches and allow time to modify some of the donor organs that would otherwise be rejected.

“The biggest impact of these technologies is that they actually save lives that are currently not being saved,” Dr. Ardehali says. “At the end of the day, that is what we’re trying to do.”