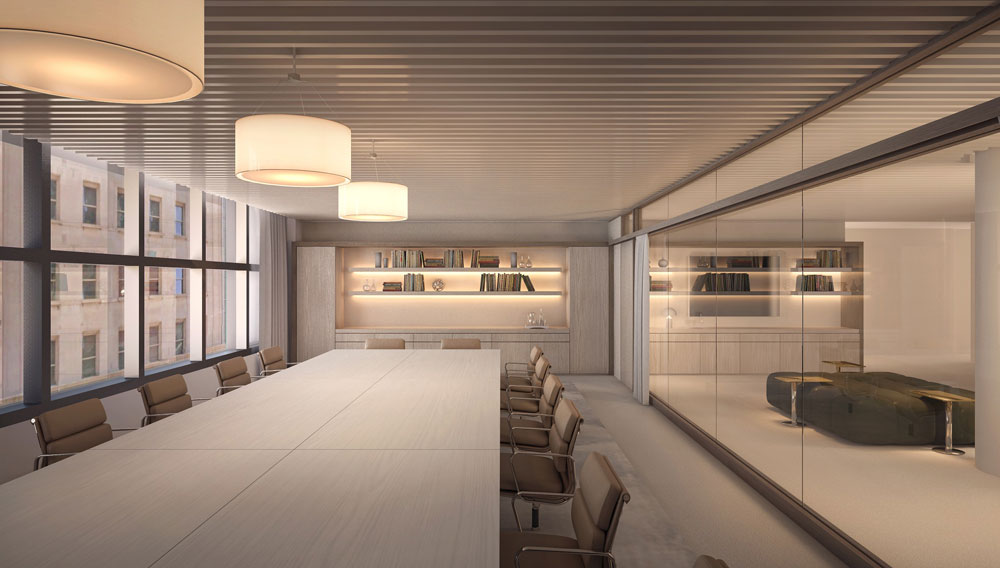 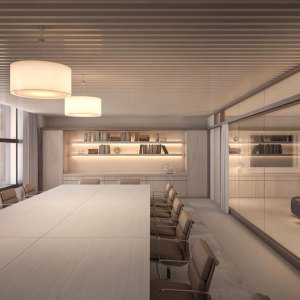 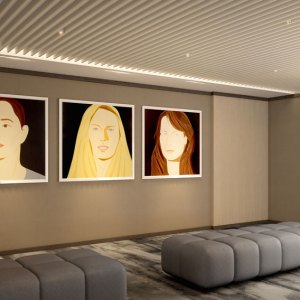 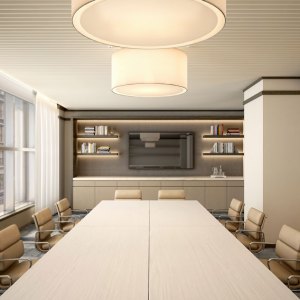 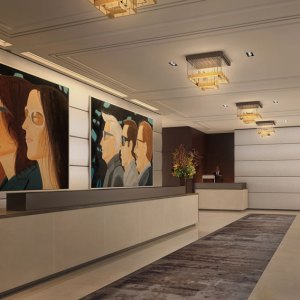 The contemporary American figurative artist Alex Katz is known for painting large-scale portraits of his wife, friends, and other muses against monochrome backgrounds. Imbuing bold, bright pops of color into each painting, Katz has been hailed as a precursor to the Pop Art movement. A permanent installation of a $2-million collection—featuring 11 original works, as well as 229 reprints of 15 additional works—will be on display at Langham Place, New York, Fifth Avenue, starting on September 1. The vibrant images will be hung in the guest rooms, suites, and hallway corridors.

The art display is part of a hotel-wide renovation orchestrated by the highly regarded design firm Meyer Davis Studio. The transformation will include an overhaul of the lobby, bar, and lobby lounge; expanded event and meeting space on the third floor; and new chairs, drapes, carpet, and lighting in the guest rooms and corridors. In addition, the spa will be reenvisioned as the Chuan Body & Soul Spa, offering new treatments based on traditional Chinese medicine and practices. The renovation will be finished by the end of the year. (langhamhotels.com)