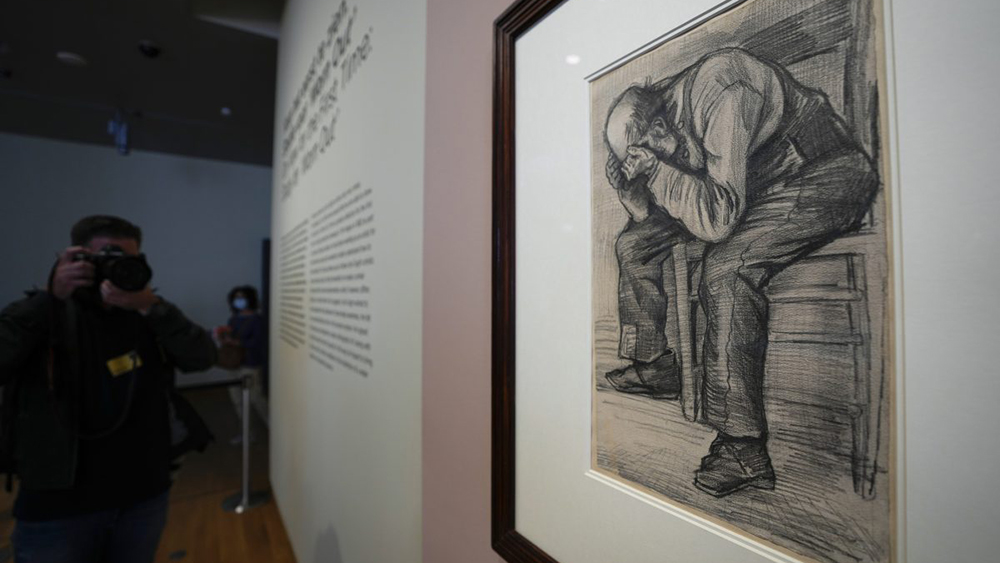 A drawing that has been newly attributed to Vincent van Gogh is set to go on display publicly for the first time ever. The van Gogh Museum in Amsterdam will put the work—a rarity, given that new van Gogh pieces infrequently come to light—on view this week.

The work, titled Study for Worn Out, is dated November 1882 and depicts an elderly male worker sitting on a wooden chair, hunched over with his face in his hands. Van Gogh made it as a preliminary sketch for his 1882 drawing of the same title during the early part of his career, when he was working in the Hague.

“It’s quite rare for a new work to be attributed to Van Gogh,” the museum’s director Emilie Gordenker said in a statement. “We’re proud to be able to share this early drawing and its story with our visitors.”

The study belongs to a Dutch collector who was not named by the museum in its announcement. The owner approached the museum to have the work inspected for its attribution, and is loaning the work for display in Amsterdam until January 2022.

According to the van Gogh Museum, the artist detailed ideas that led him to make the final drawing—1882’s Worn Out, which is currently owned by the institution—in letters to his brother Theo and to his friend Anthon van Rappard.

In a statement, senior researcher Teio Meedendorp said that the technique used for the pencil and watercolor drawing aligns with other works on paper attributed to the Post-Impressionist master in the museum’s collection. Meedendorp said damage to the drawing’s corners also conforms to others in van Gogh’s oeuvre, given that the artist attached sheets of paper to the drawing board using pieces of starch, which caused wear. Gordenker said the drawing offers “an exceptional insight into this working process.”