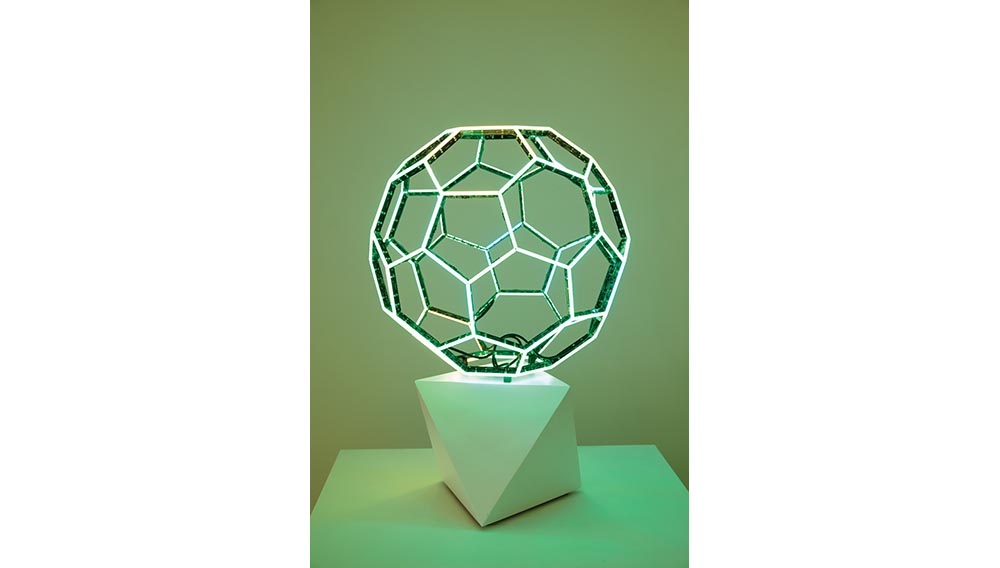 LIGHT/SOURCE, an exhibition hosted by Phillips, will be on view this summer at the auction house’s 450 Park Avenue galleries in New York until August 26. Featuring works from nine artists, including Olafur Eliasson, Sanford Biggers, Nick Cave, and Tracey Emin, this exhibition aims to explore the complex relationship between works of art using light and the contemporary viewer.

Arnold Lehman, Senior Advisor to the Chairman & CEO and curator of the exhibition, said, “We are delighted to have the opportunity to bring together works by these esteemed artists and create a larger dialogue about the significance of light in the context of contemporary art. From works that are created from light, to those that are reflective, to those that are actually defined by their lack of luminosity, these pieces are directly dependent on the viewer’s sense of looking. A century of the creative process has both permitted and encouraged the nine artists in this exhibition to explore this fascinating relationship.”

The Ancient Egyptians’ depictions of the sun god Ra, the tesserae of Roman and Byzantine mosaic, the Renaissance’s development of chiaroscuro and sfumato techniques, and the advent of photography are all manifestations of light’s function within Western art. However, only with the commercialization of the incandescent light bulb at the beginning of the 20th century did light become a specific focus and material element in artists’ work. After World War II, increasingly complex interpretations of the subject of light resulted in an explosion in the ways in which artists addressed this concept. Early Pop icons embodied these complexities within the human-light-object relationship and Dan Flavin’s constructions of fluorescent light tubing mark the inception of light art as it is understood today.  With the works of artists like Robert Irwin and James Turrell, the “object” was no longer required, upending the concept of what art could be.

Among the highlights of LIGHT/SOURCE is Felix Gonzales-Torres’ “Untitled” (Water). Executed in 1995, this work exemplifies the artist’s practice of mining the power of light to explore and expound upon critical human issues such as the AIDS crisis of the 1980s and 1990s. His beaded curtains are emblematic of the powerful role that light played and continues to play within art. Their ethereal ability to delineate space, to reflect and refract light within that space, and to remind us of our own corporeality as we pass through these luminous strands are tangible examples of the physicality of light acting on multiple levels above and beyond the object’s abstract beauty.