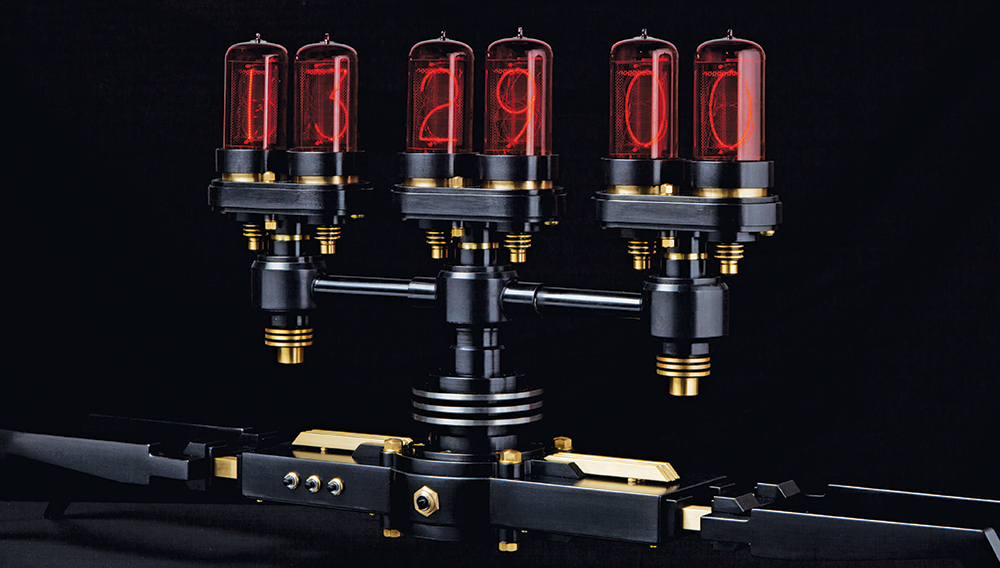 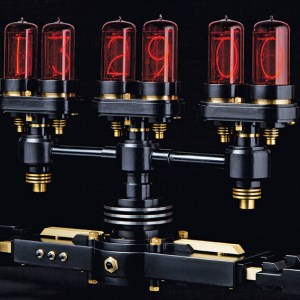 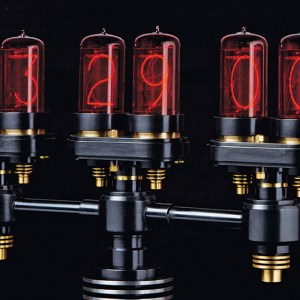 The German artist Frank Buchwald, best known for his Machine Lights series of illuminated sculptures, has found a creative application for a cache of unused, decades-old Nixie tubes. The cold cathode neon readout tubes were employed for the numeric displays in a variety of technical equipment until they were rendered obsolete by vacuum fluorescent displays and light-emitting diodes in the 1980s. Buchwald showcases the tubes, which were made in East Germany in the 1960s and came to him from a collector, in the Nixie Machine, a 3-foot-long, 16.5-inch-tall device that he describes as an “altar of time.” Each machine is made of burnished steel and brushed brass and features three pairs of Nixie tubes that illuminate to display the hours, minutes, and seconds of the day or the day, month, and year. The machine, which also includes an alarm-clock function, is priced at about $27,000 and available from the M.A.D. Gallery in Geneva (mbandf.com). It will be limited to 12 examples, which will leave enough spare Nixie tubes to include an extra one with every machine and give the gallery a stock for post-sales service.

Each machine takes at least five weeks to complete, mainly because Buchwald and his assistants finish the components by hand. “This makes the surface lively and gets the touch of the maker,” he says. “The handmade appearance of the craftsmanship persists. This makes every piece unique.”