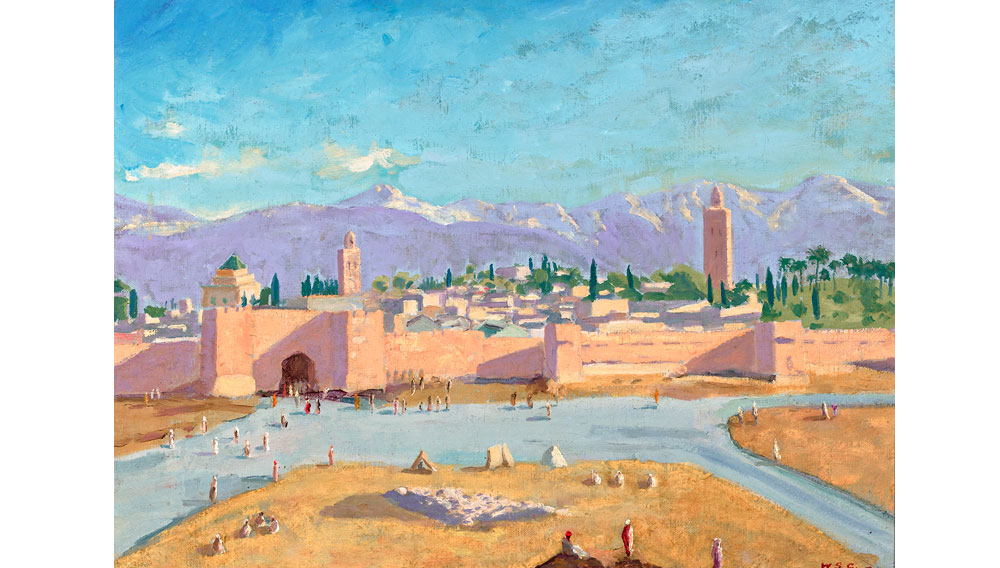 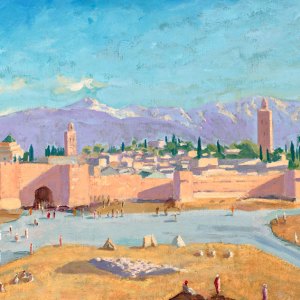 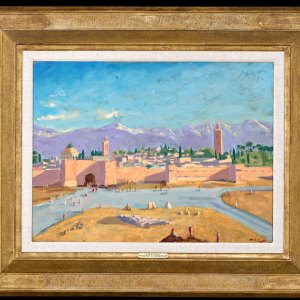 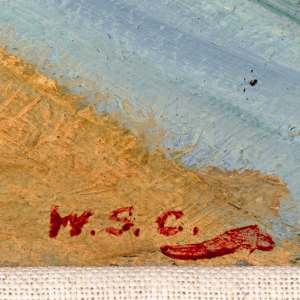 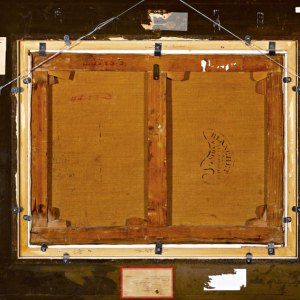 Winston Churchill was one of the most famous world leaders, but many don’t know that he was also a passionate artist. One of Churchill’s most notable works—a landscape painting called the “Tower of Katoubia Mosque”—was recently acquired by Bill Rau, president of Rau Antiques, a venerable New Orleans antiques and fine arts gallery, and it’s for sale for $2,950,000.

The 18-by-24-inch oil painting, which depicts the tower of Koutoubia Mosque at sunset with the snowcapped Atlas Mountains in the distance, was originally a gift for President Franklin Delano Roosevelt. Churchill painted it in 1943 after the first of the three Allied conferences of World War II in Casablanca, where he and Roosevelt first met. After the conference, the two traveled to view the sunset from the top of the Berber tower. Roosevelt was so taken with the scene that Churchill painted it for the president as a memento of their friendship and as a universal symbol of freedom. It hung in Roosevelt’s Hyde Park, N.Y., home until his death, before being passed along by various collectors. (866.349.0705, www.rauantiques.com)