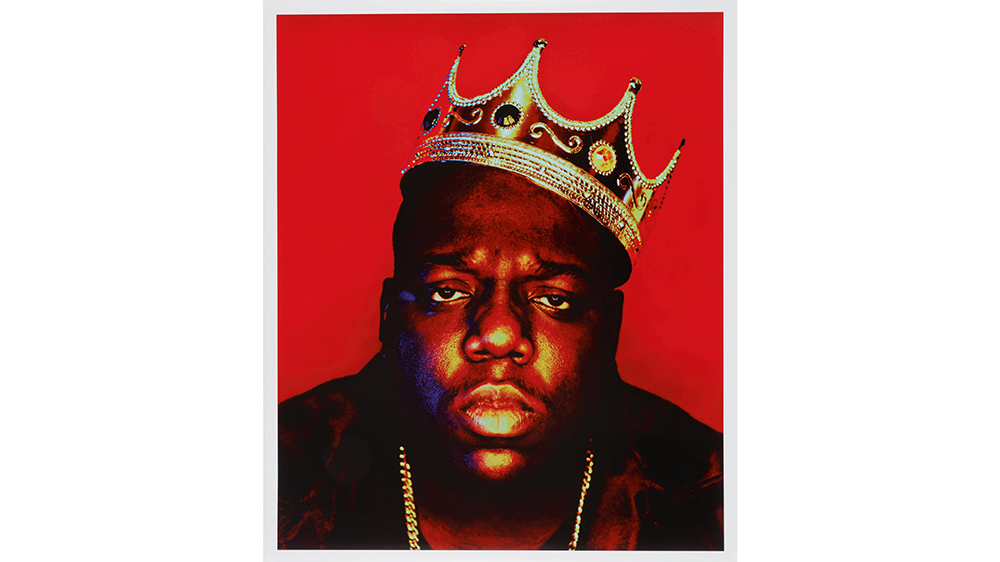 Ask most hip hop fans over the age of 30—especially those born in New York—to name the greatest rapper of all time and you’re likely to get the same answer: the Notorious B.I.G. Without question, Biggie Smalls will always be considered hip-hop royalty, so it seems only appropriate that the late Brooklyn emcee’s famous crown is now poised to sell for six figures at auction.

Next month, the plastic crown that the “Juicy” rapper wore in the famous “K.O.N.Y. (King of New York)” photoshoot shortly before his death will go up for auction as part of Sotheby’s first Hip Hop sale, according to a press release. The prop is just one of over 120 lots of rap-themed memorabilia scheduled to hit the block during the sale.

Biggie’s crown is being sold by Barron Claiborne, the photographer who shot the “K.O.N.Y.” portrait session for Rap Pages magazine three days before the rapper was murdered in Los Angeles on March 9, 1997, according to Sotheby’s. Although Bad Boy Records owner Sean “Diddy” Combs didn’t like the photo spread—he thought it made the emcee look like “The Burger King”—it’s gone on to become one of the defining images of the rapper.

The crown is one of two used for the shoot and was recently featured in the book and exhibition Contact High: A Visual History of Hip-Hop by Vikki Tobak. Its inner rim is inscribed with the words “Crown from Biggie KONY Shot NYC 3-6-97” and features both the photographer’s and rapper’s signatures. The lot includes three 36 x 40” signed prints of the photograph, a 10th anniversary print and the original contact sheet. The auction house expects it to sell for between $200,000 and $300,000.

“After 23 years in my possession, I’m very excited to share this iconic piece of hip hop history with the public,” Claiborne said in the auction house release. “With the tragic events that unfolded just days after the photoshoot, this image of a crowned Notorious B.I.G. became much more than a portrait—the image transformed Biggie Smalls into an aristocratic or saint-like figure, forever immortalized as not only the King of New York, but a king of hip-hop music and one of the greatest artists of all time.”

Another noteworthy lot is a collection of 22 love letters that Tupac Shakur wrote to his high school sweetheart, Kathy Loy. The notes, written while the future rapper attended the Baltimore School for the Arts also make note of Shakur’s close friend, Jada Pinkett. The signed letters are expected to sell for between $60,000 and $80,000.

Sotheby’s Hip Hop sale will be held on September 15 at 6 pm EST. Although the auction will happen live, bids can only be places in advance, by telephone or online. A portion of the buyer premium will go to will benefit Building Beats, a non-profit focused on DJ and music programs.