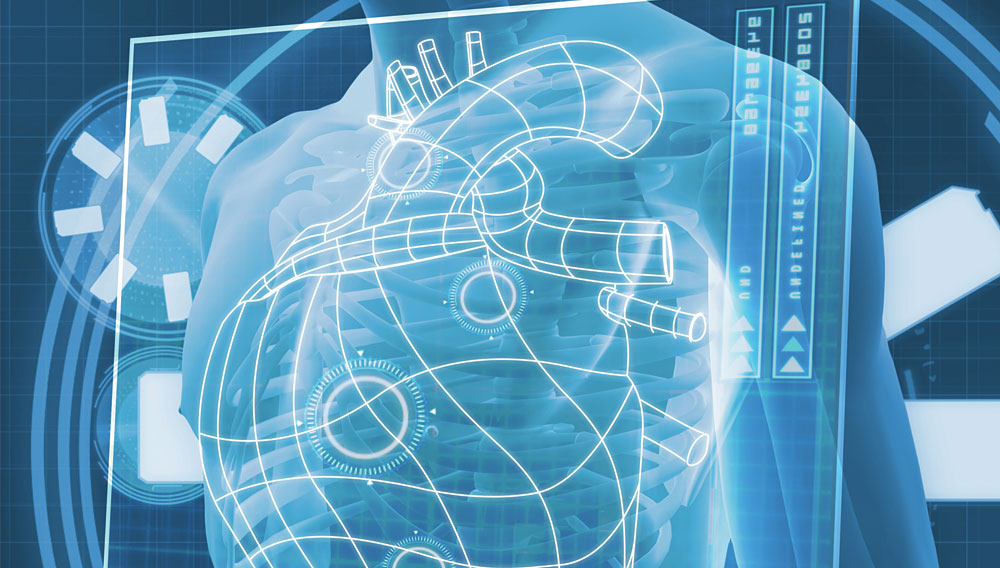 Ventricular arrhythmia claims 400,000 lives annually and is one of the leading causes of death in the United States. These arrhythmias can usually be controlled by medications, by an implanted cardioverter defibrillator device that shocks the heart back into normal rhythm, or by a procedure called catheter ablation, which involves a targeted burn or the application of extreme cold to the area of the heart causing the irregular heart beat. However, none of these traditional treatments worked for the two patients featured in this report.They suffered from a severe form of arrhythmia called ventricular tachycardia, which causes a dangerous rapid heartbeat.

Instead, the UCLA team of cardiologists and interventional neuroradiologists used coil embolization, a minimally invasive method originally developed at UCLA and now commonly used around the world to treat brain aneurysms. “We have to think outside the box to help patients with severe arrhythmias located in hard-to-reach areas of the heart,” says Kalyanam Shivkumar, MD, PhD, director of the UCLA Cardiac Arrhythmia Center and a professor of medicine and radiological sciences at the David Geffen School of Medicine at UCLA. “We hope that this treatment will offer new hope for these heart patients, who previously had few options.”

The team used wires threaded through the arteries of the heart muscle to take images of the electrical system of each patient’s heart to pinpoint the exact origin of the arrhythmia and serve as a roadmap. The team then inserted a tiny catheter through a small incision in the groin, guided it to the heart and into the small arteries known as septal perforators, which supply blood to the area of the septum wall in which the arrhythmia originated. The doctors then threaded tiny, soft-metal coils into each targeted artery, cutting off the blood supply to the region where the arrhythmia originated and stopping it.

“We are seeing more cross-over into different medical specialties of these cutting-edge techniques that are able to target and navigate delicate areas in the body, such as the brain and heart,” says Gary Duckwiler, MD ’83, professor of radiological sciences. “We look forward to future collaborations with cardiology.”