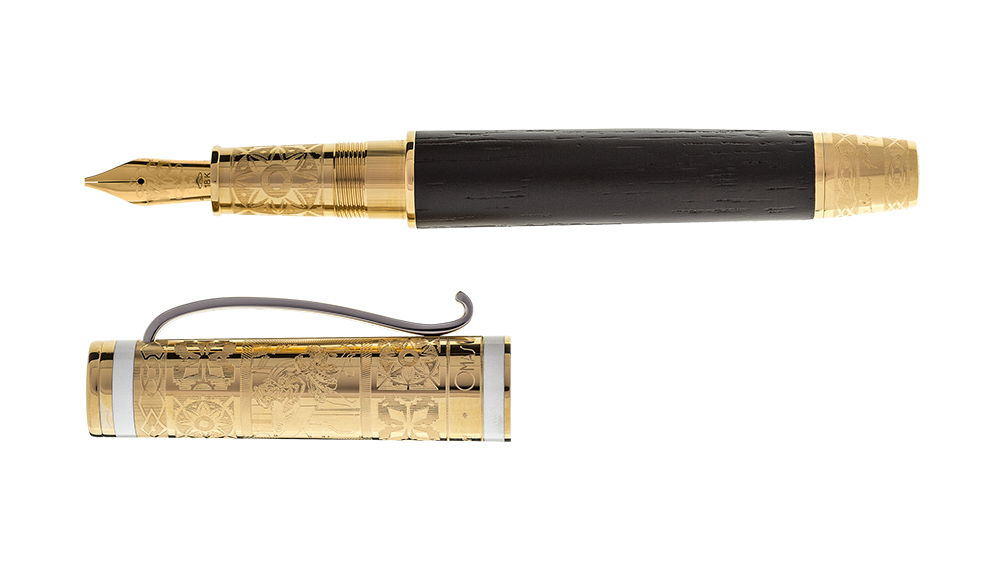 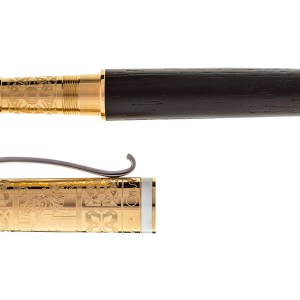 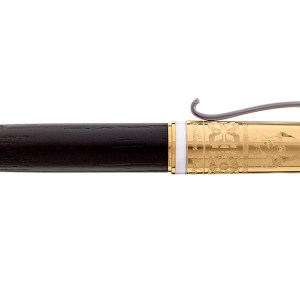 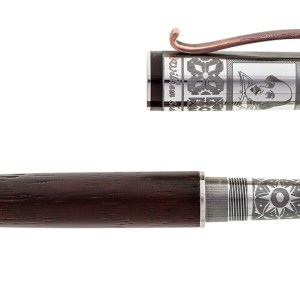 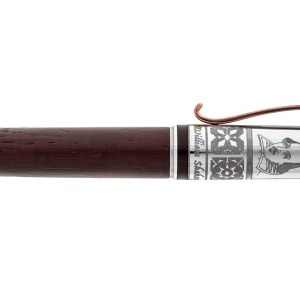 This year marks the 450th anniversary of the birth of the incomparable English poet and playwright William Shakespeare. To celebrate in appropriate fashion, the Italian pen maker Omas has released the William Shakespeare Anniversary Edition collection of writing instruments.

Quite an upgrade from the quill Shakespeare would have used to write with, the Anniversary Edition was designed in collaboration with the Shakespeare Birthplace Trust, a charity dedicated to promoting his life and works. This partnership gave Omas access to the trust’s extensive archives, which inspired many of the details found on the pen. For instance, the designs that appear on the pen’s cap and nib set are inspired by the lace patterns found in the trust’s Stratford portrait of Shakespeare, and the top of the cap shows the imprint of a ring that once belonged to the writer and is now held by the trust. A reproduction of the Droeshout portrait of Shakespeare also appears on the cap, along with an engraving of a writer at a worktable.

The pen—which features a barrel constructed from oak, the national tree of England—is available in either sterling silver or 18-karat gold. The silver version will be limited to 450 fountain pens ($3,500) and 234 rollerballs ($3,250)—their production numbers inspired, respectively, by the number of years since Shakespeare’s birth and his likely date of birth (the 23rd of April). The gold edition will be limited to 45 each of fountain pens ($49,950) and rollerballs ($45,000). The Omas William Shakespeare Anniversary Edition is currently available through Kenro Industries. (www.omas.com)