By Shiela Gibson Stoodley on December 1, 2014 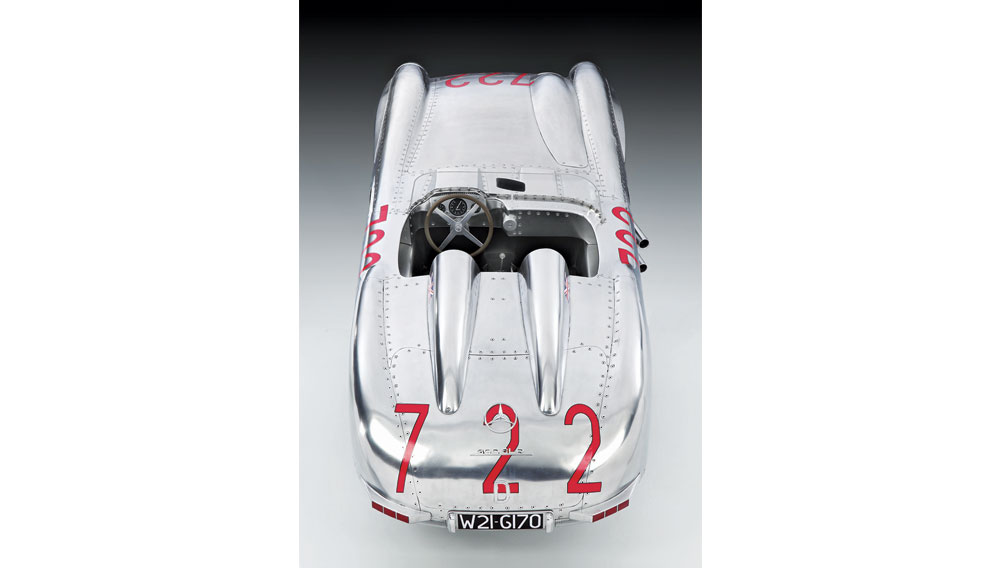 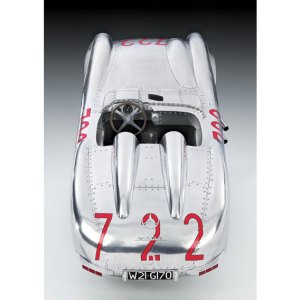 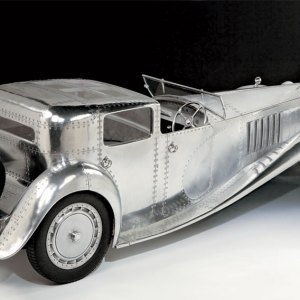 Each of sculptor John Elwell’s classic-car renderings is a singular work.

The British artist John Elwell took up sculpture to entertain himself, and it seems he finds nothing more fun than paying strict attention to detail. The 65-year-old retired aircraft engineer has focused on classic cars for the past decade, rendering them in a combination of aluminum, cast metal, and hardwood at a quarter of their actual size. He usually begins a project by viewing and photographing the original car from every angle and looking at the original blueprints when possible. Once, while studying a Ferrari 250 GT Berlinetta SWB, he noted and confirmed that one side of the car was an inch longer than the other. But instead of replicating the flaw, he used his artistic license and made the sides even. “He did the model purely incorrectly,” says Simon Khacha­dourian, owner and founder of the Pullman Gallery in London.

In 2003, Elwell showed Khachadourian his first automotive sculpture, a 50-inch-long aluminum replica of the Golden Arrow, a streamlined British racecar that broke the land speed record in 1929. Prior to that piece, he had sculpted sea animals and sold them at garden centers. Elwell’s usual business contacts had no use for the Golden Arrow, but by inquiring after who might, he found his way to Khachadourian.

The dealer sold the Golden Arrow “very quickly” and asked Elwell to make five more. Khachadourian recalls Elwell’s response: “He point-blank refused, saying, ‘I’m not in the production-line business.’ ” Thus was the artist-dealer relationship codified. “Rule One is there’s only one of them, no matter how popular or successful it is,” says Khachadourian.

Elwell’s sculptures are usually priced from about $56,000 to $72,000. His 1:4-scale replica of the Bugatti Type 41 Royale Coupé Napoléon, the original of which was Ettore Bugatti’s personal car, is available from the Pullman Gallery for about $120,000. The hood of the sculpture is crowned with a 2-inch-tall rearing elephant.

Elwell does not confine himself to automobiles. He has also sculpted the SS Normandie ocean liner, the Chrysler Building, and numerous planes, including a P-51A Mustang, a 1937 Hawker Hurricane, and a 1958 F-4 Phantom II.

Elwell works alone, doing all the tasks himself, including the tedious hand polishing—except for one chore: He prefers to let Khachadourian talk to the media about him and his work. Khachadourian notes that Elwell does not accept commissions and that he never rushes, spending from 500 to 1,000 hours on each piece and completing one or two a year.

Khachadourian received the F-4 Phantom II (about $72,000) earlier this year and is awaiting a Ferrari 275 GTB/4, which should arrive before Christmas and is expected to sell for about $80,000. He says he usually has five or six of Elwell’s sculptures available for purchase at any given time. “Some have sold in literally a few days, and I’ve had people say, ‘Make me another,’ ” says Khachadourian. “Then I have to explain Rule One to them.”

‘The Wall’ Renewed for Season 4 at NBC