The Item. This ship chess set is both functional and decorative: The chess pieces, which are about an inch tall and resemble sailors, can be displayed on the deck, and the pieces and the board—all made of ivory from the frozen remains of woolly mammoths—can be stored within the ship’s 2.5-foot-long wooden hull.

Its Significance. Eastern European artist Baturin Tgor made the ship in the mid-1990s and modeled it after the Merkuri, a Russian vessel that skirmished in the Bosporus strait during the Russo-Turkish War of 1828 and 1829. (That conflict—one of several Russo-Turkish wars during the 17th, 18th, and 19th centuries—ended with the Treaty of Edirne, which permitted Russia to use the Bosporus as a shipping lane.) Instead of carving the chess pieces to depict the familiar forms of kings, queens, bishops, knights, and pawns, Tgor sculpted them into sailors waging war and defending their ships; he decorated alternating squares of the board with the Turkish crescent and the Russian cross. This ship chess set is one of four that Tgor made; another of those is said to belong to Lothar Schmid, a German chess grandmaster who refereed several notable contests, including the 1972 World Chess Championship match between Bobby Fischer and Boris Spassky in Iceland and the 1992 rematch in Yugoslavia.

Its Owner. Floyd Sarisohn, 79, is a cofounding partner of a law firm in Long Island, N.Y., and a former district court judge. In 1992, he and his wife, Bernice, established the Long Island Chess Museum, which is located in their home. The museum contains more than 1,300 sets, as well as other chess-related memorabilia that the couple has acquired over the last five decades. Sarisohn also sits on the board of directors of Chess Collectors International, a 24-year-old organization with 350 members, which held its most recent convention in May in Boca Raton, Fla.

The Acquisition. After viewing Tgor’s original ship chess set on display at a Chess Collectors International convention in St. Petersburg, Russia, in 1994, Sarisohn commissioned a second example from the artist, who completed it later that year. Sarisohn declines to say what he paid for the item, but he believes it is worth a low five-figure sum. “I thought it was unusual. I have never seen a chess set that is part of a scene,” he says. “This was a unique treatment where the chess set was part and parcel of something over and above the set.” After the ship arrived in New York, Sarisohn had it fitted with rigging and signal flags that spell the name of his son, David.

The Collection. The Sarisohns bought their first chess set in 1951 for its entertainment, not its collectible, value. “We started off because we liked chess and liked to play,” says Sarisohn, who learned the game from other children when he was 12 or 13 years old. (Bernice’s father taught her how to play when she was 10.) “We played in our spare time; we didn’t have a TV. Then we bought sets that we thought we would enjoy collecting.” By the time they had acquired their fifth set, collecting had become their main form of entertainment. Sarisohn’s favorite acquisition is a novelty set that features a caricatured Bill Clinton and his cabinet facing off against a team led by Bob Dole. Bernice favors a delicate 18th-century set—made of glass, wood, and metal—that she found in Venice in 1980. But to play a match, they take out that first acquisition, a set with medieval-looking pieces made from plastic. 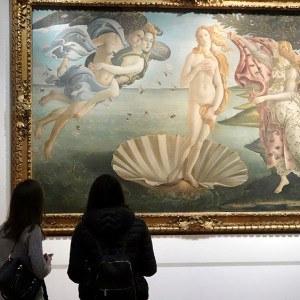 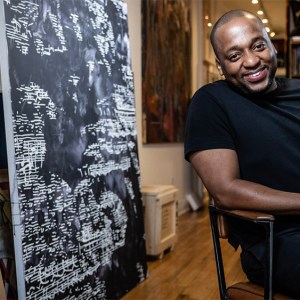