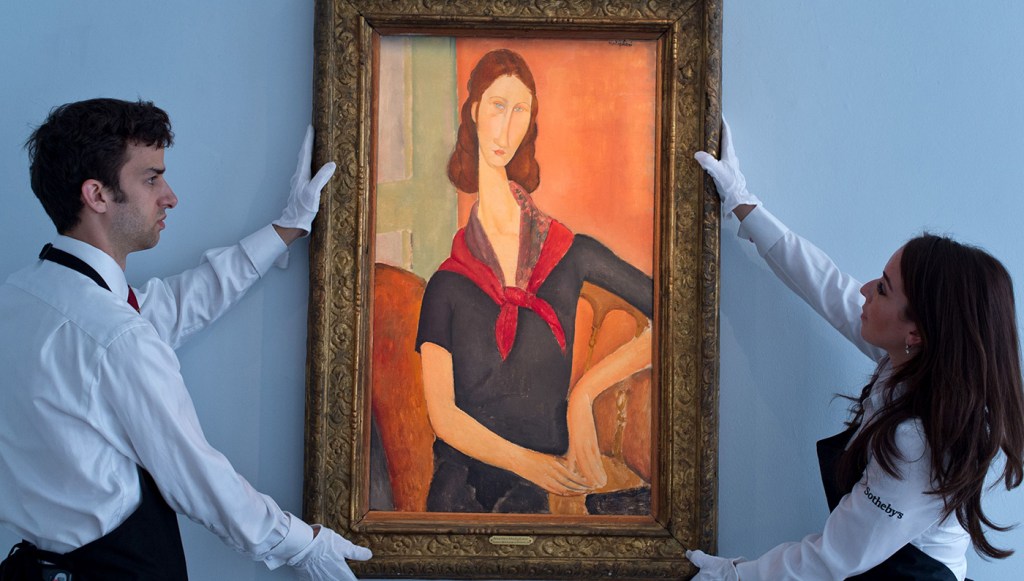 Sotheby’s London will bring Amedeo Modigliani’s Jeanne Hébuterne (au foulard)—a portrait of the Italian artist’s lover Jeanne Hébuterne—to auction as part of its Impressionist & Modern Art Evening Sale on June 21.  In the painting, Hébuterne’s elongated face (a trademark of Modigliani’s style) gazes out as she rests her elbow on the back of a chair. The painting has been in private hands for more than three decades.

While important for its vibrant demonstration of Modigliani’s classically informed, modern aesthetic, the portrait is also noteworthy for the tragedy at its core; it was completed in 1919, months before Modigliani died from tuberculosis. Afterwards, a grief-stricken Hébuterne, reportedly pregnant, committed suicide. Despite its intense connection to tragedy, this piece is not expected to match the $170 million sale price of the artist’s Nu Couché (Reclining Nude), which broke records when it sold at Christie’s New York in November 2015.