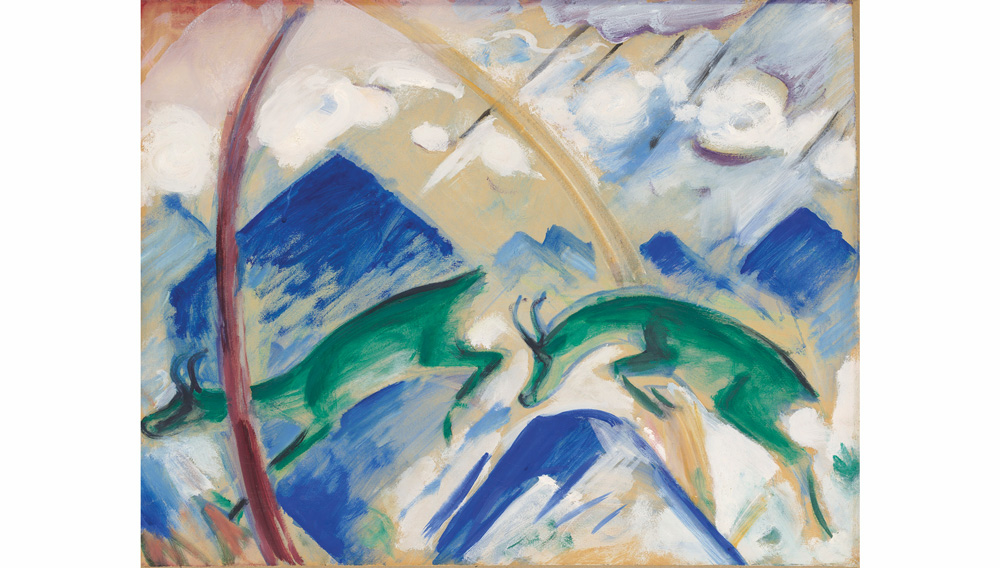 During his short life, the German artist Franz Marc (1880–1916) was at the cutting edge of modern art. The painter and printmaker, who died in combat during World War I, started out painting naturalist landscape scenes until he traveled to France in 1903 and 1907 and discovered the works of Vincent van Gogh, Pablo Picasso, and other postimpressionists. From then on, Marc depicted his subjects—often animals—in the abstract, believing this technique better represented the mystical link between creatures and their surroundings. In 1911, Marc and Wassily Kandinsky founded Der Blaue Reiter (The Blue Rider), an artists’ group that represented German expressionism in its infancy and whose members also included Paul Klee and August Macke. That same year, Marc painted Gemsen, a joyful depiction of chamois bounding through a vivid mountainous landscape, executed in tempera on paper. The privately owned piece, from an important year in the artist’s career, will appear for the first time at a Christie’s auction in June. The auction house holds the world record for a work on paper by Marc, which was set in February when Springendes Pferd from 1913 sold for $3.9 million.