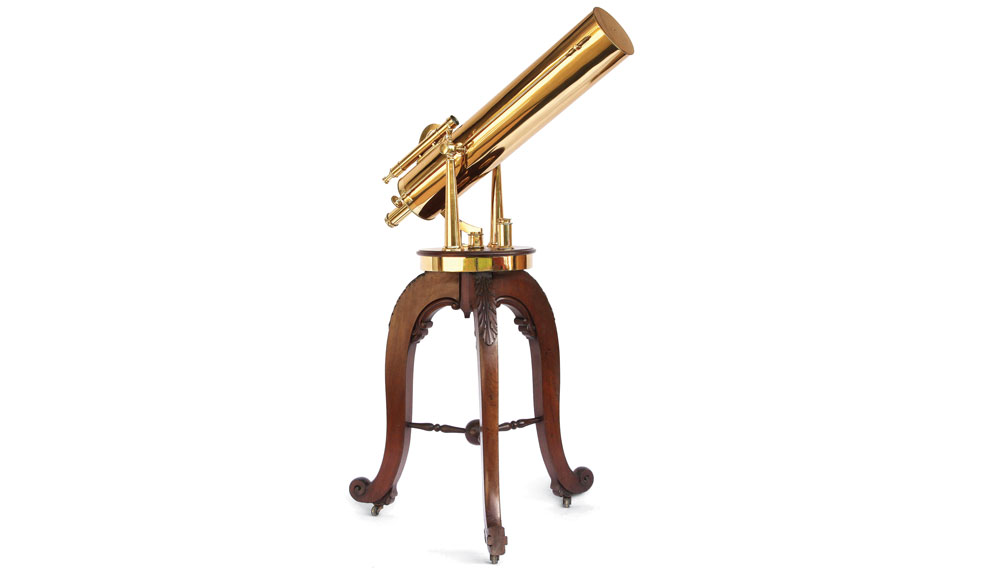 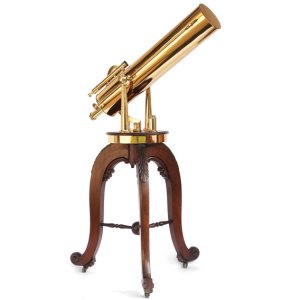 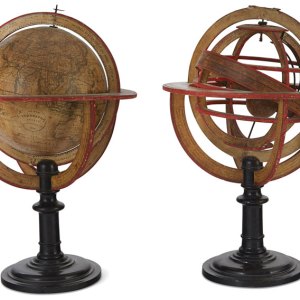 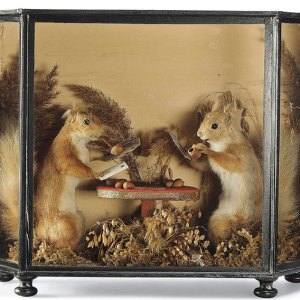 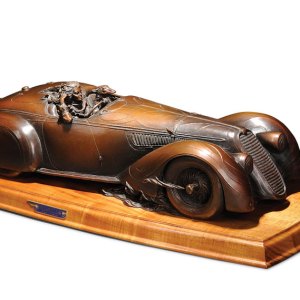 In 2006, Bonhams London introduced an annual auction as curious as the objects it proffered. Called Gentleman’s Library, the sale was packed with items one might find in a cultured Victorian’s retreat, and it was an instant hit. This January’s edition marked its 10th anniversary and the typically quirky inventory included antler-handled cutlery, a dinosaur bone cigar box, a surprisingly attractive chunk of tree fungus, a rare Kerala canoe, Egyptian bronzes and Roman marble statuary, an agate snuff bottle, and other fascinating specimens. The sale tallied a grand total of about $1.7 million against an estimate of about $2.2 million to $3.1 million, with top lot honors going to an early Victorian parquetry table, which fetched $38,300. Curious treasures can make for curious performances, as the results show: The 2015 sale was almost 58 percent sold by lot and 62 percent sold by value.

For years, Bonhams had left field all to itself, but no more. Christie’s London debuted its Out of the Ordinary auction in 2013 and it quickly earned a spot on the auction house’s calendar (the next one is scheduled for September 10). Last year, Skinner, located in Boston, held its inaugural Gentleman’s Auction, an online event that ran from November 20 through December 1. The second will likely happen in June, around Father’s Day.

Though they take slightly different approaches, the three sales all draw upon virtually every department in the auction house. “Out of the Ordinary has now given us a place for the quirky, unusual pieces,” says Anna Evans, director and head of European decorative arts at Christie’s. “It’s been incredibly successful. People really respond to it.” Presumably, just like the Victorians responded to these intriguing objects for their personal domains.

Cultured gentlemen then and now gazed upon the heavens, and centuries ago, they did it in style. Offered by Bonhams, this exquisite brass 7-inch reflecting telescope on a mahogany tripod base with cabriole legs, dating to 1850 or so, is credited to Thomas Morton. He was not a prolific maker of scientific instruments, but he was a good one—the only other example of his work is in the National Museum of Scotland.

Master of the Universe

Before Google Maps, the cultured elites relied on paper maps and globes for realistic geographic models. This 15½-inch set of tabletop spheres made in France in 1834, is exceptionally rare: Instead of the typical pairing of terrestrial and celestial globes, depicting the Earth and the constellations, this set features a terrestrial globe and an armillary sphere, which models objects in the sky. Michael Moorcroft, of Bonhams, says this might be the first such set ever offered at the house.

One of the oddly charming crazes of the Victorian era was taxidermied animals posed in whimsical ways, such as these red squirrels playing cards. Evans, of Christie’s, was “not hugely surprised” by the strong performance of the lot: Taxidermy scenes such as these, still in good condition, are quite rare. And taxidermy itself is having a moment in contemporary art and decor.

Though it underperformed its estimate, Stanley Wanlass’s limited-edition bronze Free Wheelin did reasonably well. Jane Prentiss, Skinner’s director of 20th-century design and also antique motor vehicles, cites past auction results for the bronze that show an artist’s copy selling for $12,650 in 2006 and a foundry copy garnering $7,000 in 2014. The Wanlass, No. 7 in an edition of 30 cast between 1984 and 1987, drew presale attention for placing its glamorous female driver and her dog in a 1937 Alfa Romeo 2.9. “I had one man come in who kept staring at it,” says Prentiss, who says he explained, “I used to have that car. I love that car.” Mounted on a rotating walnut base, the 39½-inch-long sculpture coasted to top lot honors at the Massachusetts auction house’s inaugural online Gentleman’s Auction.

The rich, buttoned-leather upholstery of these walnut library bergères conjures visions of a gent in a velvet smoking jacket sipping port. “They’re typical of what people go for,” Moorcroft says of the large, early Victorian rococo-revival pieces. “They don’t need any work done to them. They can go in your dressing room tomorrow.” The pair earned fourth place on the list of the 10 lots that earned the highest bids at Bonhams’ Gentleman’s Library sale.

Fossils, meteorites, and minerals were must-haves for the kunstkammer, a cabinet of curiosities kept by European royals and nobles. This 65-million-year-old opalized ammonite from South Dakota is actually a replica of a fossil; the precious mineral filled the space where the shell once was in the same way that Jell-O fills a mold. “The photo does do justice to it,” says Michael Moorcroft, who is head of Bonhams’ silver department and is involved with the Gentleman’s Library auction. “It just glows.”