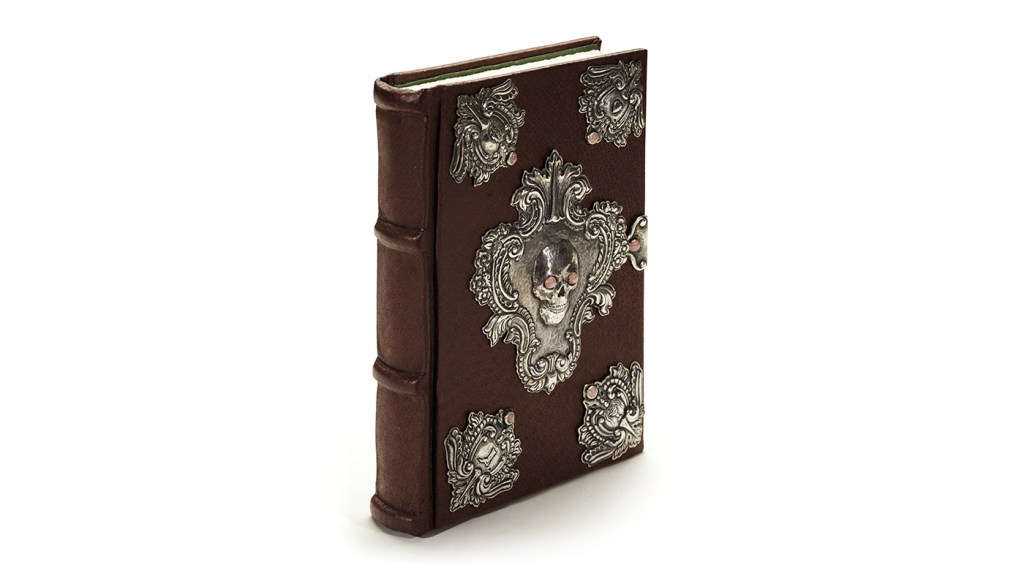 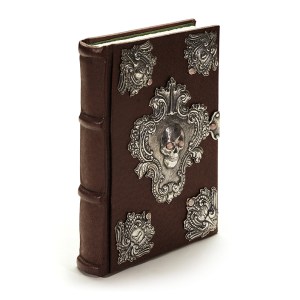 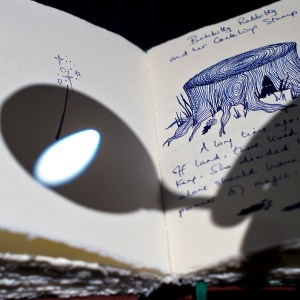 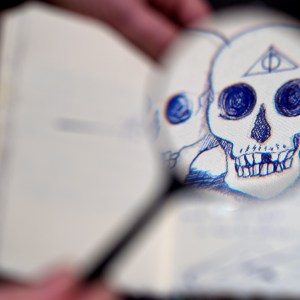 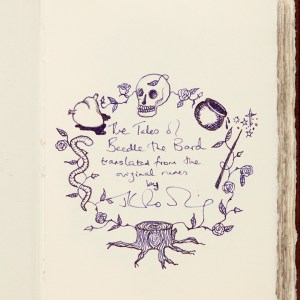 Harry Potter fans have a chance to own the rarest book that J.K. Rowling ever made. On December 13 in London, Sotheby’s will sell a presentation copy of The Tales of Beedle the Bard, which is handwritten and hand-illustrated by Rowling. A story from The Tales of Beedle the Bard, a wizarding-world collection of fairy tales, is a crucial plot driver in the seventh and final Harry Potter book.

Rowling made seven copies of The Tales of Beedle the Bard in 2007 and gave six to those who she deemed “most closely connected to the Harry Potter books.” She auctioned the seventh at Sotheby’s London that year to benefit her charity Lumos and reaped ₤1.95 million ($3.98 million). The book received a mass-market release in 2008.

This is the first copy to come to auction that Rowling bestowed on a person; she gave it to Barry Cunningham, her first publisher. Bound in brown Morocco leather and decorated with sterling silver ornaments and semi-precious rhodochrosite stones, the book is estimated at ₤300,000 to ₤500,000 (about $368,010 to $613,350). (sothebys.com)