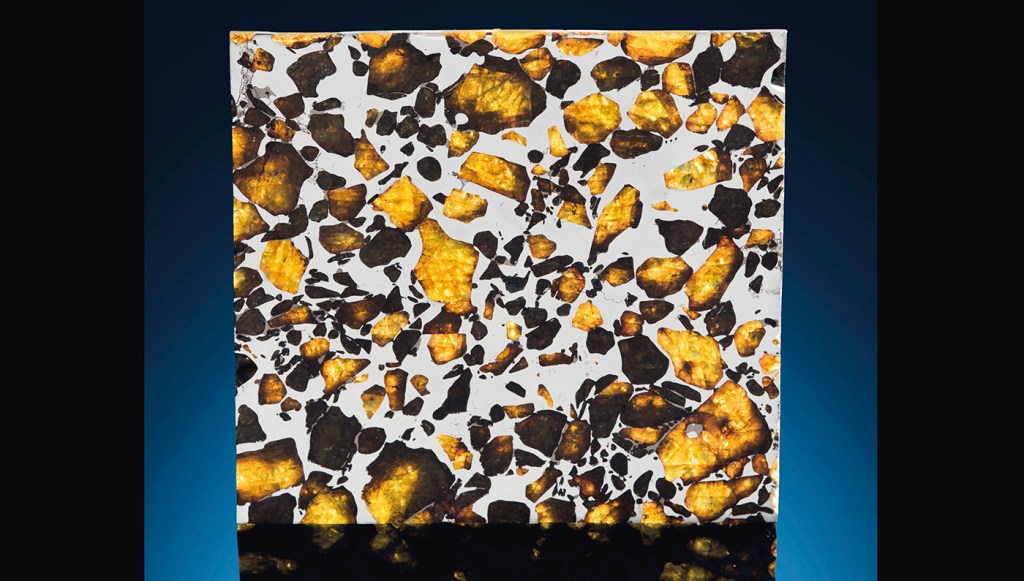 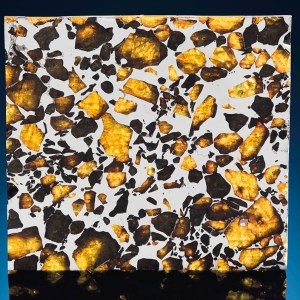 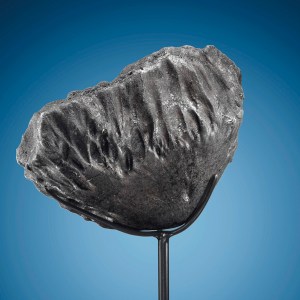 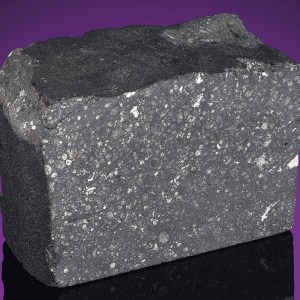 Unlike the specimens in the first all-meteorite salesroom auction at Christie’s, the idea for the sale didn’t just fall from the sky. James Hyslop, science specialist at Christie’s London, says that it is a response to bidders in past online sales that asked to view meteorites in person. The total presale estimate for the April 20 auction at the London, South Kensington branch, ranges from $3 million to $4.8 million.

The 82 lots include a meteorite spectacularly fell through the sky above Chelyabinsk, Russia, in 2013 while dozens of eyewitness and dash cam videos watched in unison. This example is considered among the finest and largest oriented specimens from the Chelyabinsk incident. Instead of tumbling end over end, it held its position as it plummeted toward the ground, allowing the atmosphere to sculpt it into a shape that makes it look as if it is still falling. The accident could propel the bidding as high as $450,000.

The auction also features a selection of lunar meteorites—meteorites that came from the moon (presale estimates range from $6,800 to $240,000)—as well as the main mass of the Zagami meteorite, which fell to earth from Mars ($380,000 to $680,000). Hyslop, who has been with Christie’s since 2007, says “demand for meteorites has been rocketing, no pun intended,” and he has a clue as to why. “When you have in the palm of your hand something that’s literally from another world, something quite profound happens. It’s a poignant reminder of our place in the universe.” (christies.com)