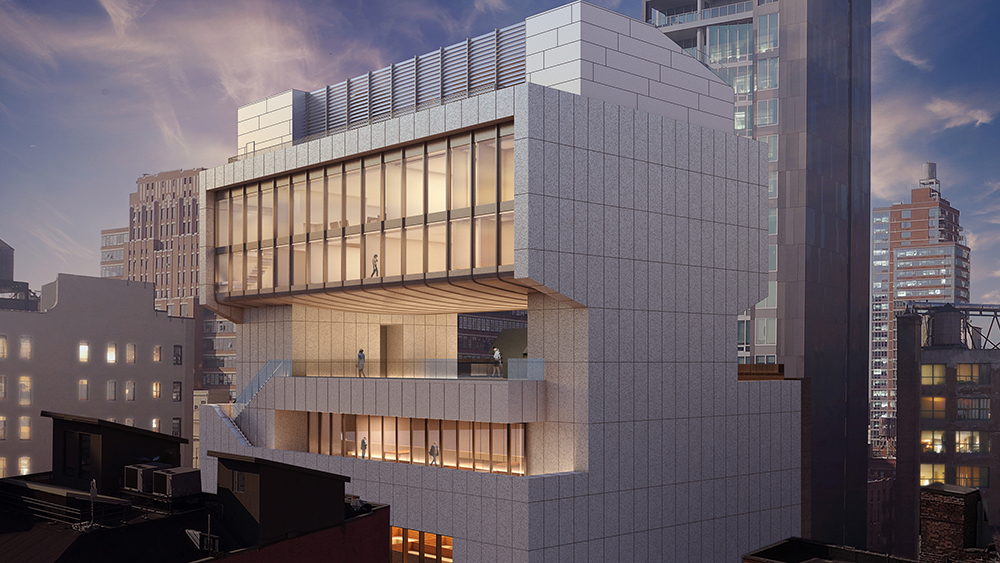 Five years ago, when Pace Gallery’s Chelsea landlord, Weinberg Properties, broke the news that it planned to knock down the gallery to build as high as New York’s zoning laws allowed, Pace CEO Marc Glimcher started a fruitless search for fresh real estate in the contemporary art mecca. Weinberg had offered to lease Pace space in the new structure, and now Glimcher countered: He’d take the whole building.

Welcome to the era of museum-size art galleries. The venerable Pace, founded by Glimcher’s father, Arne, 59 years ago, is the first of what will be a string of mega galleries opening in New York; Hauser & Wirth  will follow next winter and David Zwirner in 2021. Pace’s eight-story, 75,000-square-foot West 25th Street building, opening September 14, features a flexible performance space for a new series of live events and an outdoor sculpture garden with killer views, in addition to three galleries, a library and space for sibling galleries Pace/MacGill and Pace African & Oceanic Art. Pace is holding on to its gallery down the street but decamping from the East 57th Street building it has occupied since Glimcher, 55, was five years old.

The kicker? “We still do not have enough space,” he says with an impish smile. His roster includes 90 artists—and counting—meaning competition for exhibitions can be fierce, even with galleries spread from London and Geneva to Seoul, Hong Kong and Palo Alto, Calif. And that’s the way Glimcher likes it.

Pace is inaugurating the building with a double-header of solo shows featuring two of its longest-standing stars: Alexander Calder and David Hockney. Originally, Glimcher was hoping his father and Pace president Douglas Baxter could extract a single painting from Hockney, whose Portrait of an Artist (Pool with Two Figures) briefly held the auction record for a work by a living artist when it sold for $90.3 million at Christie’s last November. “I was saying, ‘Can you please just beg him?’ ” Glimcher recalls.

Then the two men showed Glimcher an email from Hockney with images of a 360-degree panoramic ink drawing, consisting of 24 panels spread over 50 feet, made at his house in Normandy. “I asked for a painting, got a show,” Glimcher says. Rounding out the opening bill are abstract feminist painter Loie Hollowell’s New York debut with the gallery and, dangling from 18-foot ceilings, conceptual artist Fred Wilson’s Murano glass chandeliers, which allude to the overlooked history of Africans  in Europe.

Glimcher says the impressive scope of the building project is a reflection of enormous audience growth—Pace has 838,000 Instagram followers, if only about 1,000 clients—but insists going this big is not a necessity. “It’s an aspirational story, not a competitive, desperational story,” he says. “But it sure is fun and exciting.”

Check out more architectural renderings of the new 540 West 25th Street space below: