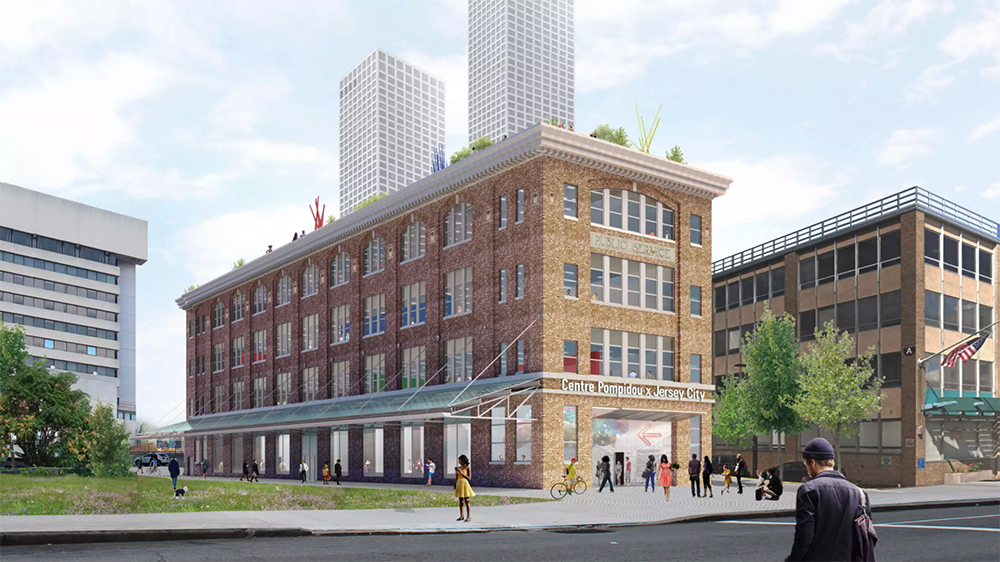 The Centre Pompidou in Paris will expand its international reach with a new outpost in Jersey City, New Jersey. According to a report by the New York Times, the new museum, which will be located in a four-story, 100-year-old industrial building in the Journal Square district, is set to open in 2024 with a five-year contract between the city and the French institution.

The Pompidou plans to show works from its collection in the new Jersey City museum amid the forthcoming years-long restoration effort and impending temporary closure of its Paris venue. The new outpost, known as Centre Pompidou x Jersey City, will also prioritize programming like talks, performances, screenings, and more.

Centre Pompidou x Jersey City is one of several international outposts opened by the Pompidou in recent years. The organization also maintains satellite museums in Málaga, Brussels, and Shanghai.

“The hope is that we will be able to leverage the Pompidou’s expertise, their experience elsewhere in the world and their collection to create something really significant here,” Jersey City mayor Steven Fulop told the Times.

The extended closure of the Centre Pompidou in Paris will begin in 2023, with plans to reopen in 2027. During that period, its Renzo Piano and Richard Rogers–designed structure will be brought up to safety and accessibility standards. “We no longer have a choice, the building is in distress,” Centre Pompidou president Serge Lasvignes told the newspaper Le Figaro earlier this year.