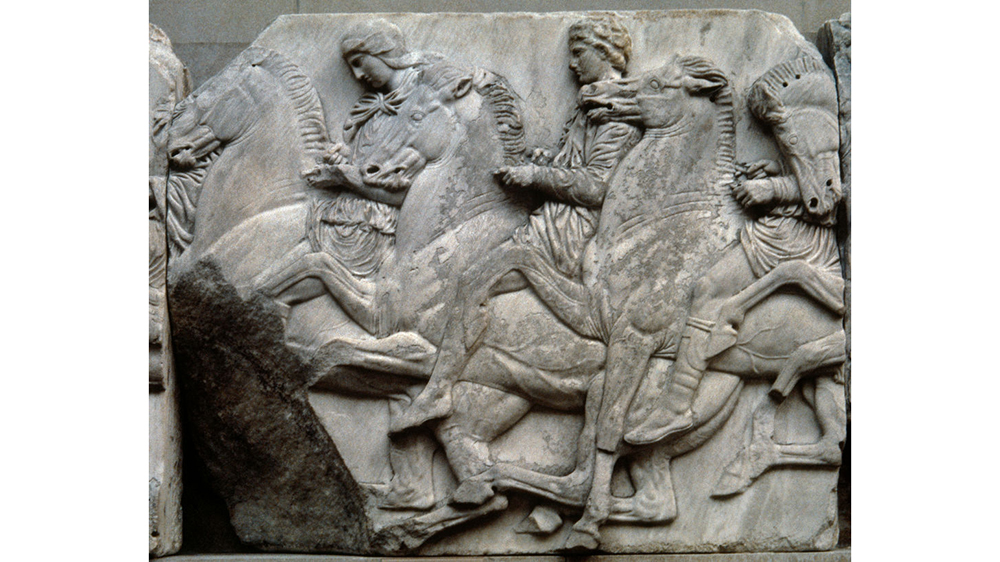 UK Prime Minister Liz Truss, who succeeded Boris Johnson last month, has rejected the possibility of the contested Parthenon Marbles leaving the British Museum, where they have been housed since the early 19th century.

In an interview with the British TV and radio channel GB News, Truss was asked about a possible loan agreement with Greece proposed by George Osborne, the chairman of the British Museum. In June, Osborne suggested that the long-running dispute over ownership of the marbles could end with a deal “where we can tell both stories in Athens and in London if we both approach this without a load of preconditions, without a load of red lines.”

Truss responded this week that she “does not support” any such arrangement.

The Parthenon Marbles, a collection of 5th century BCE statues, are at the center of one of the highest-profile restitution cases in history. They were removed from the Parthenon temple on the Acropolis in Athens under the direction of the Scottish nobleman Lord Elgin, then the ambassador to the Greek-occupying Ottoman Empire. The works have been on display in the British Museum since 1817, despite calls from successive Greek governments for their return.

Johnson shifted the decision for returning the sculptures to Greece to the trustees of the British Museum after meeting with the Greek Prime Minister, Kyriakos Mitsotakis, last November. Mitsotakis is expected to request Truss reconsider the restitution of the works during an intergovernmental meeting set for later this year.

“At a time when Truss will be looking to build her credibility and when the UK is sort of cornered in terms of its overall image after the [Queen Elizabeth II’s] funeral it will be a fantastic gesture, and that’s what I’ll tell her,” Mitsotakis told the Sunday Times.

As museums across Europe and the US reckon with the looted artifacts in their collections, the British Museum has been forced to confront the controversies in their holdings, from the Benin Bronzes (looted from Benin City, in modern-day Nigeria) to the Rosetta Stone (originally from Egypt) and Hoa Hakananai’a (a stone sculpture taken from Easter Island).

In June, an advocacy group called the British Committee for the Reunification of the Parthenon Marbles organized a protest outside the British Museum, marking the 13th anniversary of the inauguration of the Acropolis Museum in Athens. The museum was purpose-built to display the marbles and other treasures of Greek antiquity.

Perhaps in response to the sustained outcry, the British Museum has signaled a softening of its stance on the issue.

In a statement this past summer, the British Museum said, “The museum is always willing to consider requests to borrow any objects from the collection, we lend between 4,000 to 5,000 objects every year. For instance, 170 ancient Hellenic objects are touring Australia and New Zealand where they will reach and inspire new audiences before returning to the museum.”