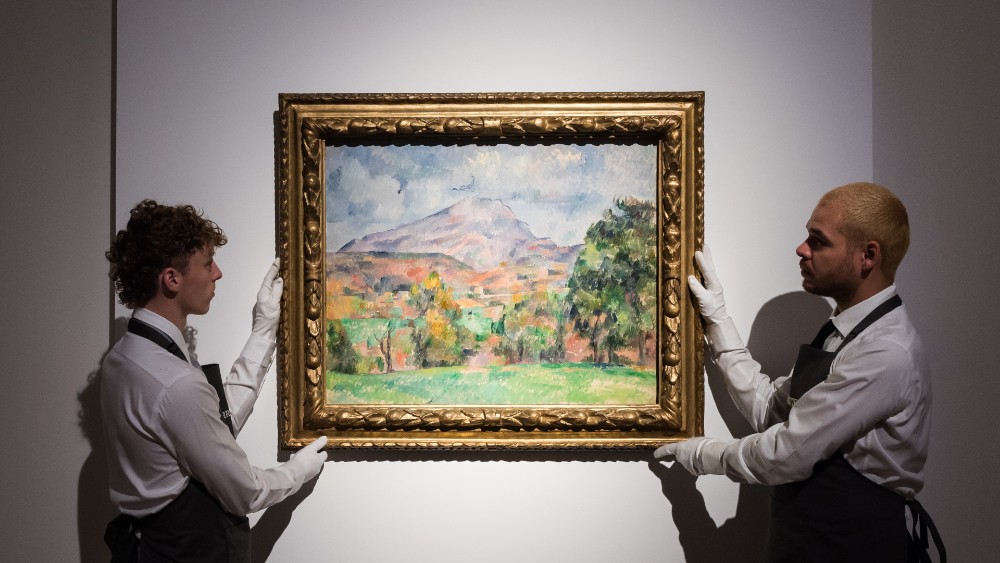 Well, that was fast. Just six months ago, the art amassed by warring exes Harry and Linda Macklowe set a record for a single collection sold at auction, raking in $922 million at Sotheby’s. That milestone was eviscerated last night when the late Paul G. Allen’s trove topped $1.5 billion at the house’s crosstown rival, Christie’s.

Even with high expectations—the late Microsoft cofounder’s collection was known to have numerous masterpieces in immaculate condition, and the uncertain economy has big spenders looking for safe bets—the sum was staggering. (All of the estate’s proceeds are pledged to charity.)

Five of the paintings on offer exceeded $100 million each, the most ever for one sale, and each set a world record for the artist. The highest price, $149.24 million, was for Georges Seurat’s Les Poseuses, Ensemble (Petite version), an 1888 pointillist depiction of three nudes arranged in front of a detail of the artist’s famed A Sunday on La Grande Jatte. Also making the $100 million club were lots by Cézanne, van Gogh, Gaugin and Klimt.

Fifteen other artists also set new records, including Lucian Freud, Jasper Johns, Andrew Wyeth, Sam Francis and Edward Steichen, whose dark, moody image The Flatiron (1904, printed 1905), featuring the New York City landmark of the same name, hammered at $11.84 million, the second-highest price ever for a photograph and nearly six times its low estimate. The Johns, Small False Start, a 1960 abstraction that looks as if one of his famed maps had exploded, leaving the canvas covered in dense shards of colors, along with their names in his signature stenciled style, sold for $55.35 million. The piece is small enough to hold in your hands, leaving viewers to imagine what one of his larger pieces might have yielded had it been on the block.

As with any substantial collection, Allen’s elicited a certain voyeuristic curiosity: What did one of the original tech billionaires collect, and why? What was the thread, if any?

Unlike the postwar and contemporary focus of the Macklowes, who zeroed in on Rothko, Twombly, Warhol and the like, Allen demonstrated more catholic taste, with acquisitions spanning five centuries and myriad styles, from the early Italian Renaissance to French Impressionism and on up to Pop and other 20th-century movements. In the carefully installed preview of the sale at Christie’s Rockefeller Center headquarters, the first painting to greet viewers was a Botticelli, a round panel of a Madonna and child with blues, reds and golds so vivid they practically glow. It went for $48.48 million. Just around the corner from the figurative composition was a large canvas by Agnes Martin, whose pastel-hued horizontal stripes, separated by faint pencil lines, are the epitome of pure abstraction.

Viewers might speculate whether the many landscapes—by artists as varied as Monet, O’Keeffe, Richter and Hockney—referenced the tech frontier. Or perhaps where we see van Gogh’s deceptively controlled, tiny marks, Allen saw digital pixels. But it doesn’t take an expert—whether in tech or in art—to be floored by those Klimt birch trees. Some things don’t need explaining.