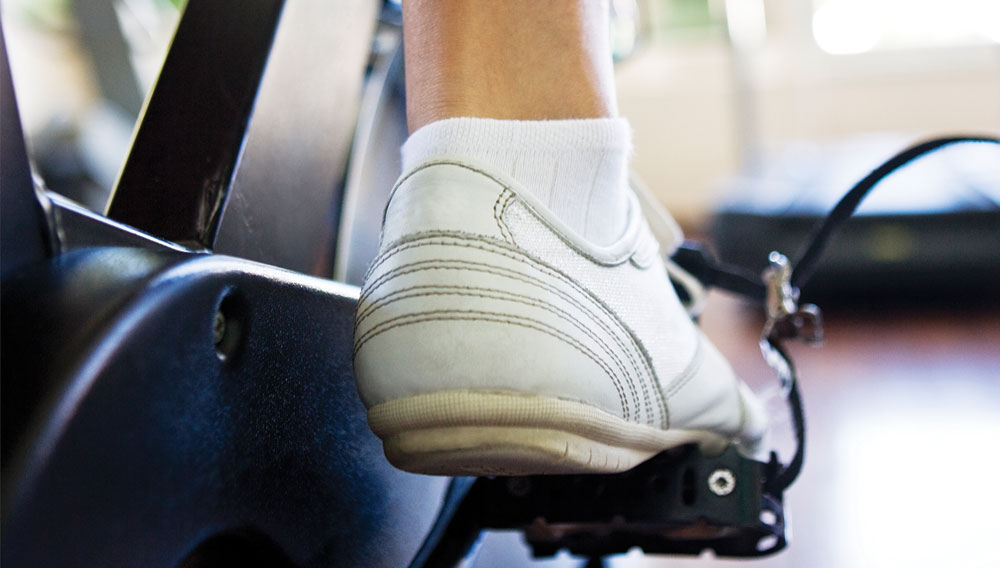 Who says a stationary cycle can’t take you places? For thousands of students at 89 universities across the United States who ride them during the Pi Kappa Alpha Taylor Trudeau Cycle for Life fundraisers, it’s their way of moving cancer research farther down the road.

On July 23, 2007, Taylor Trudeau, sergeant at arms for the Gamma Mu Chapter of the Pi Kappa Alpha (Pike) fraternity at the University of New Hampshire, was diagnosed with acute myeloid leukemia. His physician sent the 20-year-old to MD Anderson for treatment, which included two stem cell transplants over the next year.

“Taylor was Mr. Pike,” says Leslie Trudeau, Taylor’s mother. “While he was at MD Anderson, he would get letters and packages every day from his brothers throughout the organization.”

Despite a courageous battle, Taylor died on Aug. 17, 2008, when the second stem cell transplant failed. To honor Taylor, the Trudeaus and Pikes founded the Pi Kappa Alpha Taylor Trudeau Cycle for Life, a nonprofit organization with a single focus: to raise funds to find a cure for the disease that took their beloved son and fraternity brother.

The first Cycle for Life was held shortly after Taylor’s death and raised $4,000. As excitement about the stationary cycle fundraiser traveled from campus to campus, more events were held. In 2013, the organization pledged $250,000 to support the research of Dean Lee, M.D., Ph.D., associate professor of Pediatric Patient Care at the MD Anderson Children’s Cancer Hospital.

“Receiving this gift was completely unexpected and so timely,” says Lee. “My laboratory had spent three years developing a method for growing tumor-fighting, natural killer cells as a treatment for patients with cancer. We were just a few months from opening the study, but had no funding.  I’m grateful that the Trudeaus could see the potential of this approach and partner with us to get this study going.”

“Taylor would just be amazed,” says Leslie. “He received most of his treatment there. Even though he endured so much, he always had a special place in his heart for the children he saw going through the same thing.”