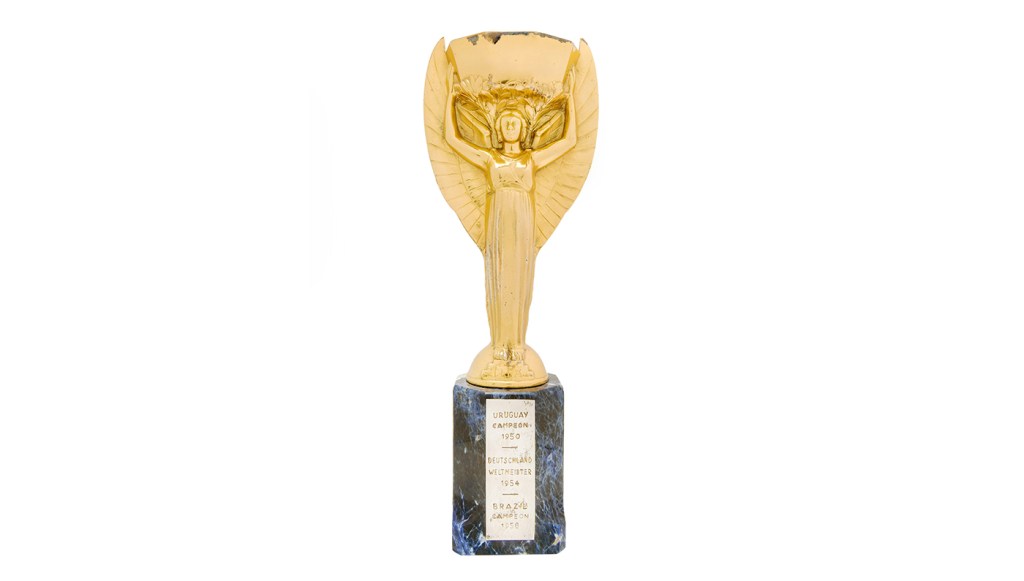 Few names have become as synonymous with a sport as that of Edson Arantes do Nascimento, better known as Pelé, and when Julien’s Auctions presents Pelé: The Collection, June 7 through 9 in London, the public will have a chance to own a part of the soccer superstar’s legacy. In what is being billed as one of the most important sports auctions in history, over 2,000 pieces of personal awards and game gear spanning his career will be available for the first time.

One of professional sport’s greatest pauper-to-prince stories, Pelé was raised in the poor part of Bauru in São Paulo, Brazil, honing his footwork as a child by dribbling a makeshift ball made from a sock stuffed with newspapers and rags. It did the trick, however, as he signed to club Santos FC when he was 15 years old and scored a goal in his first professional game with the team in 1956. The league’s leading scorer during his first season, he was soon recruited by Brazil’s national team where he went on to help his country win three out of the next four World Cup competitions (in 1958, 1962, and 1970)—the most of any player to date.

Pelé competed for over two decades and still holds the Guinness World Record for most goals at 1,283. After leading the New York Cosmos to victory in the North American Soccer League (NASL) Championship in 1977, he ended his playing days with a final exhibition game against, fittingly enough, Santos FC, and played one half with each side. Already recognized as a national treasure by the president of Brazil for his humanitarian efforts, Pelé was named Player of the Century by the Fédération Internationale de Football Association (FIFA) in 1999.

Bidding will be accepted in person, by phone, by text, and online, with a portion of the auction’s proceeds being donated to Hospital Pequeno Principe, Brazil’s largest pediatric hospital. (juliensauctions.com)