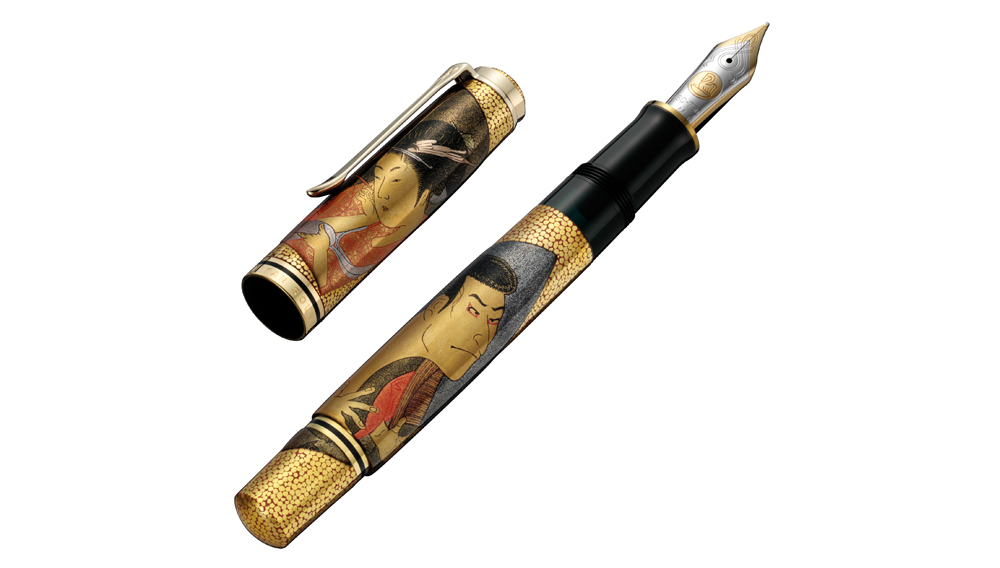 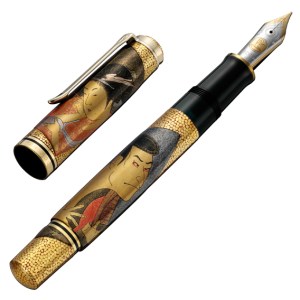 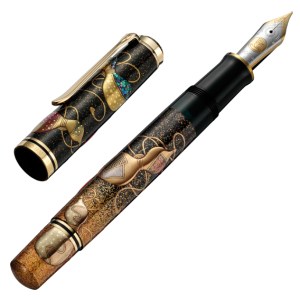 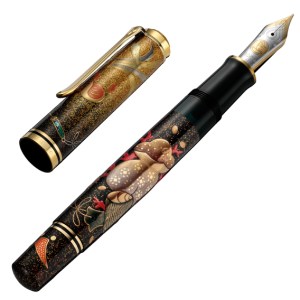 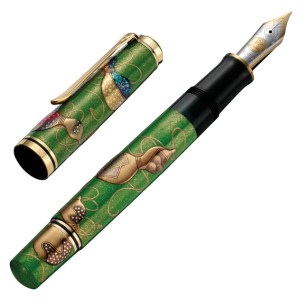 Beginning November 3, the German writing-instruments manufacturer Pelikan will offer this year’s auction collection, called the Unique Collection 2014, which comprises 17 one-of-a-kind maki-e pens. The follow-up to a similar sale in 2012, the auction will be conducted entirely online and will see a new pen come up for bids each weekday. Buyers will have one week from the start of bidding for each pen before the digital hammer falls.

All the pens for the sale are decorated using the traditional Japanese maki-e lacquering technique, in which an artisan applies an image to the pen by sprinkling metallic powder on the wet lacquer. A number of different variations of maki-e painting techniques are used on the various pens in the collection. They include togidashi, in which multiple layers of lacquer are applied and then polished; taka, which mixes charcoal or gold powder with the lacquer to give the image a three dimensional appearance; and raden, which uses small pieces of abalone shell to create an image.

Starting bids for the Unique Collection 2014 pens range from about $1,275 to $23,500. The most expensive pen in the collection, the Sharakku and Utamaro, pays tribute to the two renowned 18th-century Japanese ukiyo-e artists Sharakku Toshusai and Utamaro Kitagawa. The pen employs both the togidashi and taka maki-e techniques to recreate the two artists’ most famous works. These images are then surrounded by a multitude of tiny, hand-set plates of gold. Bidding for the Sharakku and Utamaro pen will begin on November 25. (pelikan.com)