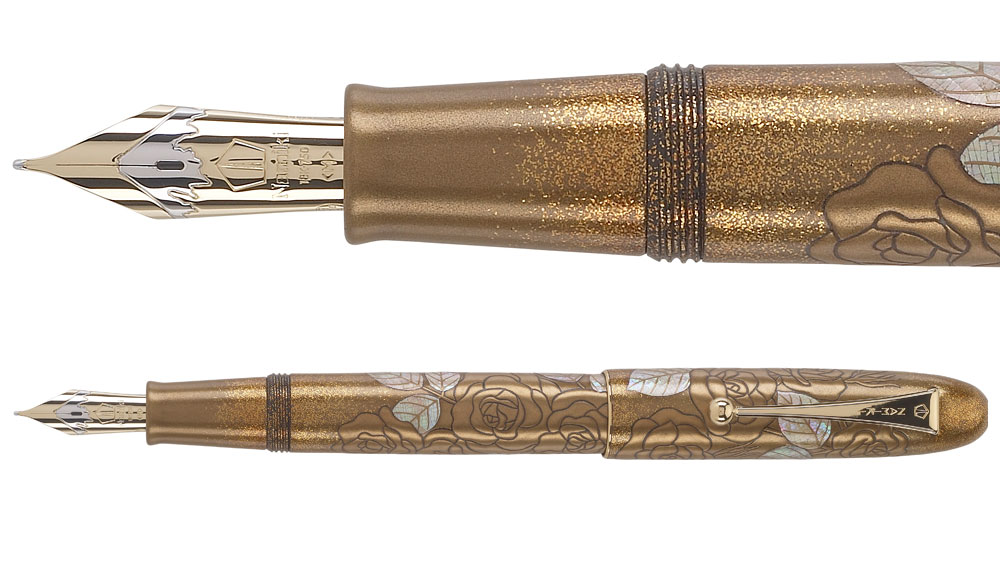 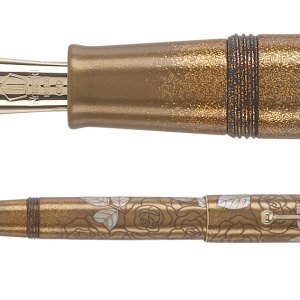 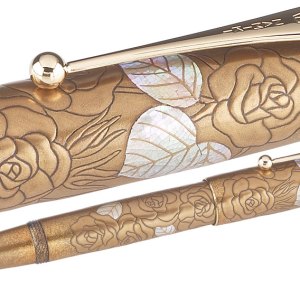 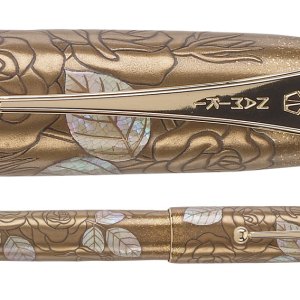 In the early 20th century, Japanese fountain pen maker Namiki was faced with a dilemma; merchants proudly displayed the company’s pens in shop windows, but they also complained that the pens’ vibrant colors were spoiled by constant exposure to sunlight. To address the issue, the company turned to the traditional art of Maki-e, a technique in which lacquer produced from the urushi tree is used to coat an object, which is then decorated with fine layers of metal powder. Namiki found that by employing this ancient technique, which dates back more than a millennium, the pens not only looked striking but also resisted scratching and lasted substantially longer on display.

While many other pen makers have experimented with Maki-e in the intervening decades, Namiki has never strayed from the craft. Each year, the company produces just one limited-edition writing instrument. This year, the company is offering the Golden Rose, which features a barrel decorated with rose petals in burnished gold powder and white rose-leaf designs rendered from inlaid abalone shells. Priced at $15,000 apiece, these handcrafted writing instruments are limited to just 150 examples, signed by the Maki-e artist, and are available now. (904.645.9999, www.namiki.com)