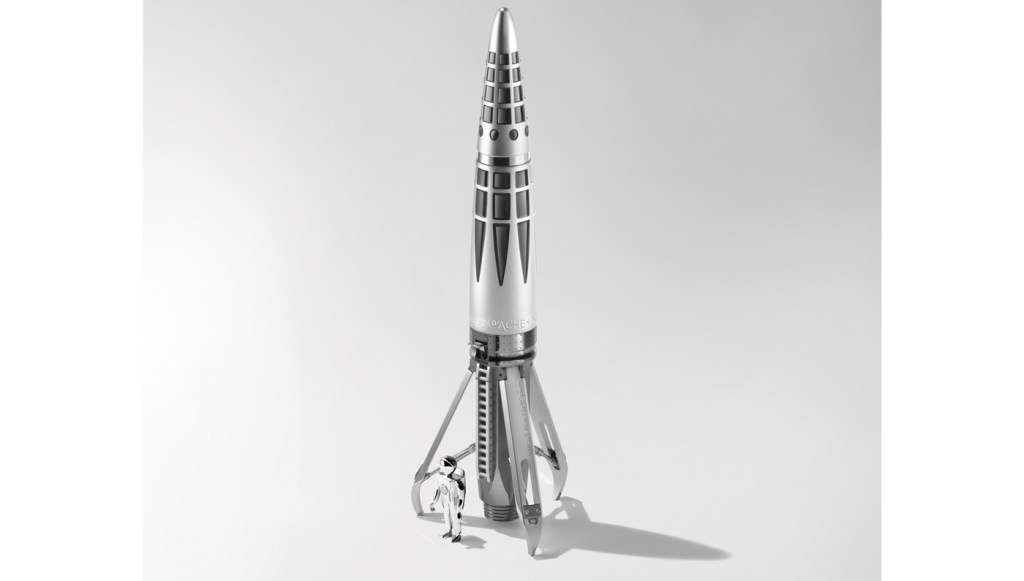 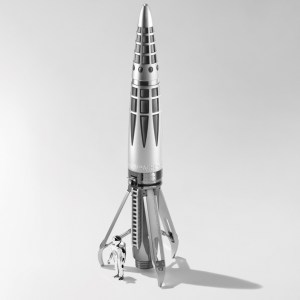 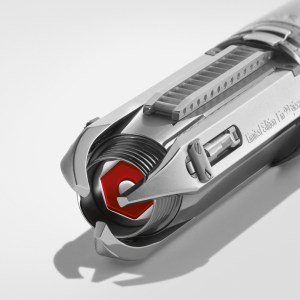 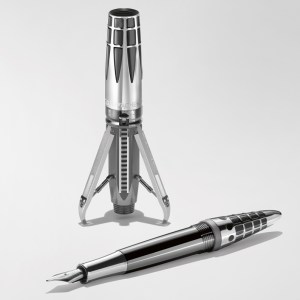 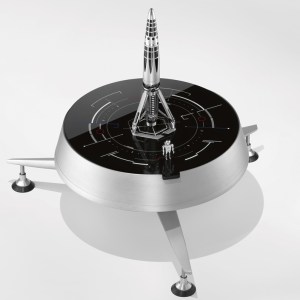 For generations, countless schoolchildren have daydreamed of flying into space—imagining their pen or pencil as a spaceship carrying them off into the stars. For MB&F founder Maximilian Büsser and his team, this childhood dream was the inspiration for MB&F’s recent collaboration with the Swiss luxury stationery company Caran d’Ache. Enter the Astrograph, a limited-edition pen designed to resemble a rocket ship. The sleek, curved “fuselage” of the ship is accentuated with a checkered pattern made with anthracite lacquer. When unscrewed, a fountain pen is revealed in a high-gloss rhodium or anthracite ruthenium finish, figuratively launching the pen from its “base” into the writer’s hand. A roller pen is available in a sandblasted matte rhodium finish.

The pen also features a clever mechanism inspired by penknives: A small lever representing the door to the spacecraft can be engaged to deploy three stabilizer legs that allow the pen to stand upright. And because every mission needs a co-pilot, the Astrograph comes with a magnetized figurine of an astronaut that can attach to any part of the pen as if it were climbing aboard. The pen’s display box is designed to look like a launch pad, allowing the writing instrument to be stored inside or displayed vertically.

The Astrograph is the most complex writing tool that Caran d’Ache has ever designed, so to commemorate the 99 new components that were made specifically for this release, each variation of the pen will be limited to 99 pieces. The Astrograph is available for purchase at select retailers worldwide and is priced at $19,900. (carandache.com)